So how did that go?

In the small hours of the morning Tamara told us:

The show is over, it’s 1 am (the shows start at 9 here). I won the battle but lost the war. I did get the makeup lightened so I was still shades darker than my own skin but it wasn’t the pure black paint that it was to begin with. I had asked for sleeves but they didn’t add any. I’m hoping that was because it was so tight a turn around between the asking and the show. Maybe that will change for the 3rd show. I’m going to keep fighting.

Hey kids, become fluent in all languages because sticking up for yourself when no one understands you is extremely difficult. Learn from my mistake.

After three and a half hours of trying every conceivable way of uploading the video I made, I’m writing the transcript until I can post it. (My internet here likes to go in and out and it would stall every upload I tried). I’ll try again later but I have to go to the theater now. 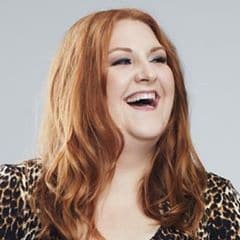