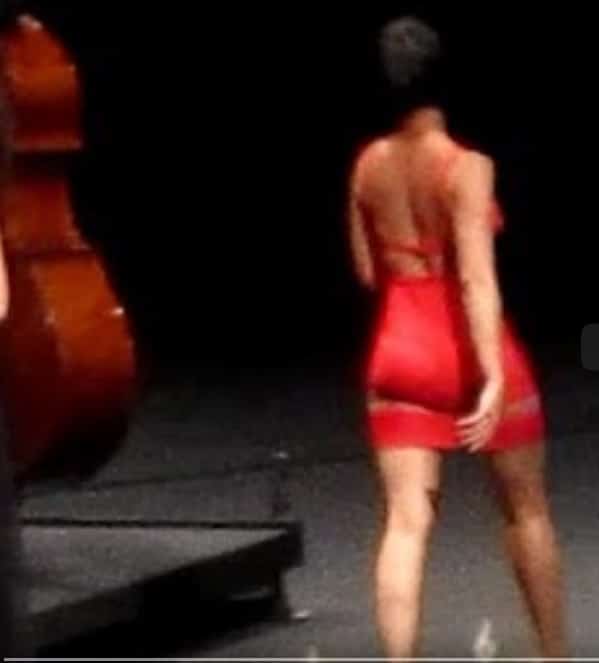 Unless you played cello at the royal wedding, how do you get known these days?

The critic Melinda Bargreen, cast off by the Seattle Times, fears for the musical future in the absence of cold print.

The influential critic Melinda Bargreen contributed regular (almost daily)
reviews and features on the music scene in Seattle, Washington, for more than
30 years, only to find that her newspaper, the Seattle Times, saw no place for
arts criticism in its shrinking future. For the past 11 years as a free spirit, Ms.
Bargreen, pianist, degrees in English literature and a composer of successful
choral works, has been writing books, delivering lectures and contributing
freelance reviews to her old paper. I asked her to look back on what she has
learned in a lifetime of music criticism.

Question. To what degree is music criticism today a force for good … or
evil?
A.nswer. These days, I wonder whether music criticism can be described as
a “force” at all – given the relentless slide downward of print media, and the
inability of electronic media to give readers real insight into great
performance and new talent.
Q. What is the impact on performers?
A. The decline of print journalism is disastrous. Unless you played your
cello at the royal wedding, or just won a prestigious competition, how is a
player going to make a career when there isn’t a reliable source to say how
good you are?
Q. But generally speaking, don’t serious critics contribute to
goodness?
A. We all like to think of music criticism as bringing to light wonderful
talent, participating in the thrill of discovery, giving readers the chance to
be in on something exceptional. Or the “calling out” of an overhyped
phenomenon that’s not really worth the kudos. But there are times when it

also is a force for evil. Overpraise for the undeserving, underpraise (or no
notice at all) for the venturesome.
Q. What is the critic’s role in this circumstance?
A. At the very least, the reviewer/critic ought to be able to tell the reader
more or less exactly what went on in the concert, how good or how horrible
it was, and precisely why that judgment was formed.
Q. Don’t your worry about the artist’s feelings?
A. I think that the minute you start thinking about how the artist will feel when
he/she reads the review, you are heading down a dangerous path. A critic’s
responsibility is to the reader and to the audience. Not to the artist, except that
the critic owes the artist a fair and honest hearing.
Q. How have you adjusted to your newspaper’s decision to dump classical
music criticism eleven years ago? Do they know something?
A. It’s safe to say I’m still adjusting; after all those decades it’s still difficult to
think of the newspaper as “they” and not as “we.” This is an issue of ageing in
every discipline, even in cases where you’d hope that the voice of experience
would have value. In our society today, the voice of experience prevails about as
often as the voice of reason. They’re both sotto voce.
Q. You must have found yourself in a difficult position, being a good-
natured critic, when second-tier pianists turned up with too many bad
habits, hammering the clavier for two hours. How do you stay true to your
kind self?
A. There are always two ways to steer a review: the pianist was having an
intermittently off night, or the pianist should go out and shoot himself/herself. I
usually prefer the former.
Q. How do bad recitals affect you?
A. I’ve seldom heard a completely awful piano recital. What’s usually the case
is that you hear routine ho-hum Schumann and dutiful Mozart, and then maybe
some Scriabin that makes you stand up and cheer. And sometimes it is
impossible to be kind and still tell the truth. In that case, truth wins.
Q. Have you ever acted on the impulse, common to New York critics, “Aha,
I’ve been waiting for decades for someone this bad!”

A. You don’t have to wait for decades! Bad performers come along all the time!
What bothers me the most is when a much-hyped performer turns out to be
terrible.
Q. How do you relate to the players? Are you there to help them? What
happens when you seriously object to a technique or interpretation?
A. Any critic who thinks they’re there to help the players is incorrect. You are
there to help the readers, not the players, by telling them as honestly and
interestingly as you can what happened in the performance, why it was (or
wasn’t) great or moving or dreadful.
Q. On a personal level, are players among your best friends? If so, how do
you remain objective?
A. No, players are not among my best friends, though I am a little looser about
this friendship issue now that I am not employed by the newspaper. If I am
asked to lecture at a music festival (and am therefore paid by them) I am careful
not to review the concert in question, but that’s about the extent of it.
Q. How about looking deeper for trends and insights?
A. Yes, much more interesting for me are friendships with people inside
organizations … some orchestra players, for example, who will tell me what’s
going on behind the scenes and how the current maestro is regarded. Now that’s
interesting!
Q. I once wrote about a violinist that he “fairly butchered” a Beethoven
sonata. He never spoke to me again and I still feel bad, 40 years later. You
received a bag of hostile mail after you slammed Andrea Bocelli. Should a
critic care about wreckage he or she leaves behind?
A. In the case of Bocelli, I doubt that he ever heard about the unimpressed
reception he got in Seattle; he could hear the roars of approval from the audience
and if his handlers were smart, they didn’t show him negative reviews. So I have
no concerns about wreckage.
Q. What is your view of stage antics of ambitious pianists – the swoons and
hair-flicks (Khatia Buniatishvili), the miniskirts and six-inch heels (Yuja
Wang), the eye makeup and winks to the audience (Lang Lang)? 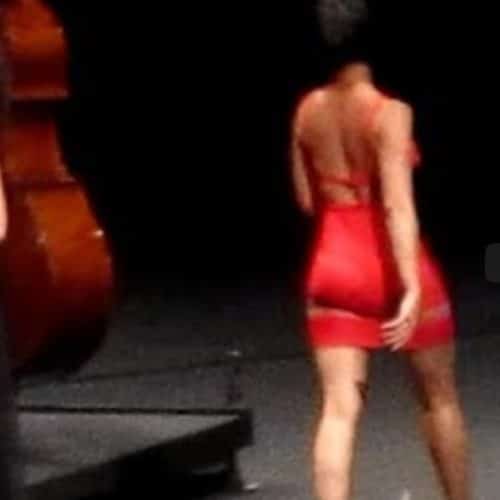 A. It’s all show-biz. All three of those pianists, though, really CAN play (though
in varying degrees of success in varying repertoire). No matter how short Yuja
Wang’s vestigial swath of skirt becomes, no matter how vertiginous her high
heels, she knows her way around the ivories (I especially like her Prokofiev),
and I think she makes music more fun for a wide variety of listeners. If she
couldn’t play, all the short skirts in Christendom couldn’t save her career. Same
goes with the emoting of Buniatishvili, and, of course, most of all, the ultimate
showman, Mr. Lang, the classical world’s answer to Liberace.

Q. Are the Chinese invading us with intent? Some 40 million of their young
are working on “our” repertoire? Are they mechanical players or true
artists?
A. I think it’s “their turn” to discover classical music, and I just hope they leave
a little room for non-Asians in the cutthroat world of music festivals, auditions,
competitions, and orchestra seats. After all, we Americans “horned in” pretty
thoroughly on what was originally a European tradition (classical music and the
piano recital). But my view of all musicians, including Chinese newcomers, is
based on talent and musicianship: if they can really play, let them!
Q. Should Western musicians be afraid, even very afraid?
A. I think all musicians should be very afraid that classical music is continually
being marginalized in our society, with university music departments shrinking
and younger listeners/performers hampered by a lack of music education in the
public schools. These are worse problems for the West than an influx of gifted
musicians from another part of the world.

Q. How adaptable are you in today’s changing music scene? What is your
view on some of the contemporary works – such as John Luther Adams,
John Cage, or Stockhausen, or Berio? What happens to your gut when you
hear my favorite, Salvatore Sciarrino’s Due Notturni Crudelli Il Furio,
metallo?

A. I consider myself adaptable and ready to be convinced by something good.
By this I mean something that communicates to the listener something beyond
the personal distress of the composer. How old-fashioned to still be looking for
beauty! We hear a lot of John Luther Adams in Seattle, and I just finished
reviewing for another publication his latest magnum opus “Become Desert.” It
is decidedly better than the interminable “Become Ocean.” I still feel impatient,
though, with what I consider “ambient music” that feels like “music to zone out
by.” JL Adams is very good at what he does, and he’s sort of “flavor of the
month/year/etc.” in the music establishment. But having heard both these
“Becomes” more than once, I definitely feel sated.
Q. And for my favorite?
A. The Sciarrino piece deserves the “Crudelli” designation, in my opinion. We
may be better off not discussing what I feel in my gut, but my ears are definitely
saying “No, thank you.”

Q. Women conductors are mounting the podium more and more in the past
ten years. Are the guys in the band gritting their teeth? Will this trend last
or is it a fad?
A. Well, today the “guys in the band” include a whole lot of “gals in the band”; I
think the Seattle Symphony is about one-third women, possibly more, and
they’re certainly not alone in that demographic trend. Women conductors who
know their stuff and prove their worth are generally welcomed by players who
are grateful for good artistic leadership. Maybe there are grumblings and
mumblings among the players, but by and large – at least in Seattle – the “chicks
with sticks” are accorded equal respect when they prove they deserve it.
I’m also noticing more and more women hired in important principal spots in
major orchestras; again, this makes sense whenever it’s deserved.
Q. What are your thoughts on the future of live classical music? Looking
out across your audiences, isn’t most of the hair white or blue? What
happens when they die?
A. Despite the fact that I share that white hair (carefully colored blonde), I feel
pretty optimistic about the future of live classical music. It cannot thrive without
community involvement, philanthropy, and visionary leadership; those are
always vulnerable to financial vagaries and limitations. Nobody has a great
crystal ball with respect to any of the arts, in my view, but I’m hopeful that the
current programs of inexpensive tickets for the young will play a part in starting
future listeners out on the right path. If you look to the past, the people who had
the discretionary income and the time to attend classical events have always
tended toward the upper end of the age spectrum. I don’t particularly think that
the concert audiences as a whole have aged appreciably in the years I have been
writing about music.
—

Full text of this conversation will appear in a forthcoming book of 35
interviews, “What musicians really think”. 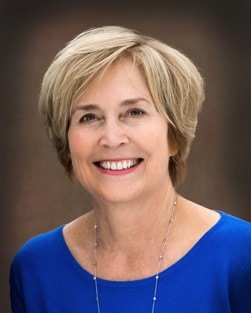 « A star is born in shorts, his pianist in flip-flops