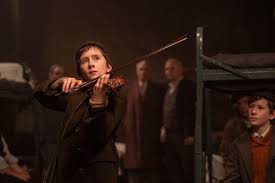 Toronto Film Festival will premiere The Song of Names

The Francois Girard film of my novel The Song of Names, with Tim Roth and Clive Owen in the key roles, will have its gala world premiere on September 8 at the Toronto International Film Festival, it was announced last night.

Sony Pictures have bought distribution rights for the United States and will release the film in October.

Robert Lantos is the lead producer.

Lots more credits to roll. And incredible performances from the boy actors.

Me, I just wrote the book.

« Sadness: A great cellist has died