The Brit’s a hit? UK baton wins US orchestra

Tim Redmond has been named music director of the Winston-Salem Symphony Orchestra, starting next month.

He is also chief conductor of the Cambridge Philharmonic and professor of conducting at the Guildhall School of Music and Drama.

His appointment was greeted in local media with the headline: The Brit’s a Hit. 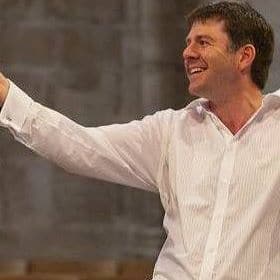