Raisa from Bialystock who sang the first Turandot…

Basia Jaworski has the full story of Rosa Raisa, who sang the first Turandot. 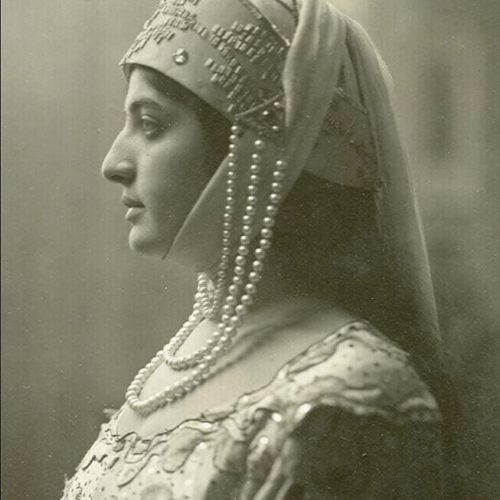 Raisa (Raitza Burchstein), daughter of Herschel and Frieda Leia Krasnatawska) was born on 30 May 1893 in Bialystok. After the great pogrom in 1906 (when Raisa was not yet fourteen) she managed to escape from Poland with her cousin and his family and ended up on the island of Capri. There she met Dario Ascarelli and his wife Esther, who not only discovered her talent but also paid for her studies at the Conservatory of Naples.
At the age of twenty she was hired by the opera house in Parma …