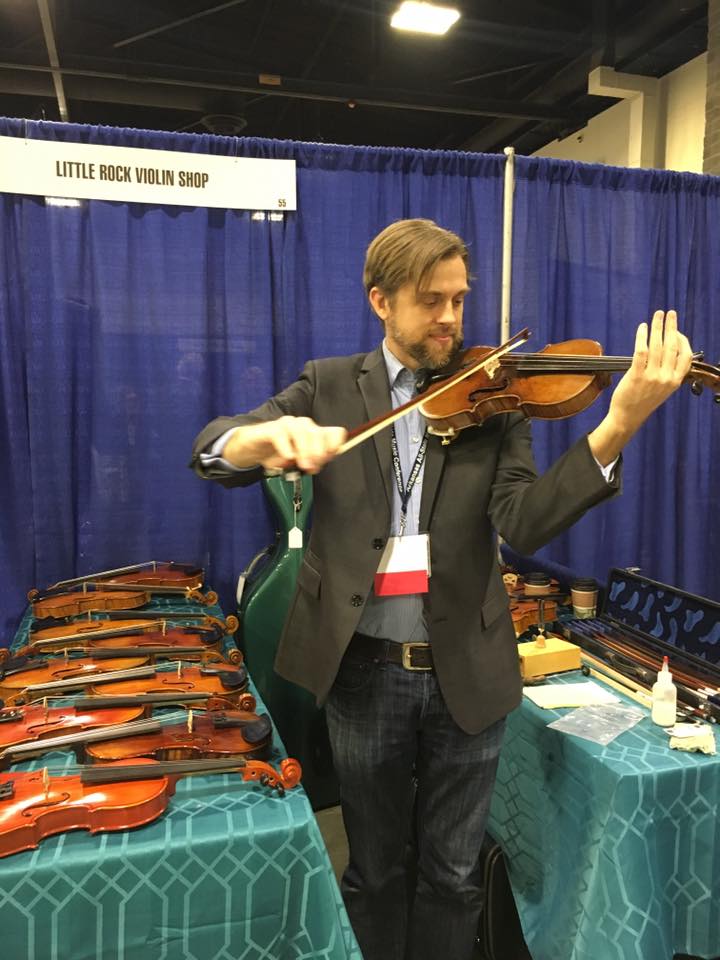 It’s the US State Department. They wanna buy a viola.

Here, at last, is the first-person story of how President Trump’s people went shopping in Little Rock for an American instrument for the new Emperor of Japan.

I went in to work at 9 a.m. and my employee Wesley [Rule] said, “Hey, we got a call from the U.S. State Department saying they wanna buy a viola. Seems kinda weird, but here’s the number.” So I called, and sure enough, somebody answered and said, “U.S. State Department,” and I asked for the woman who’d left her name, and she said, “Hey, we’re looking for a viola to purchase as a diplomatic gift for a head of state.” And I happened to have a viola I thought met their requirements — that it was an American-made instrument and that it was within their budget. … Two weeks later, I got another call back saying, “Hey, we wanna get the viola,” and so we got to work trying to set the viola up — it had cheap student-level strings on it and needed a new bridge.

Do you know how the State Department found you? 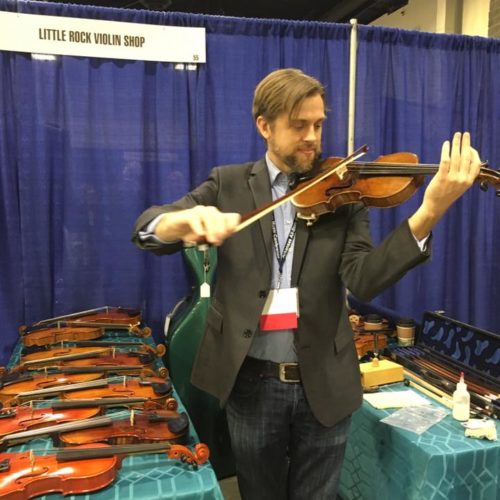