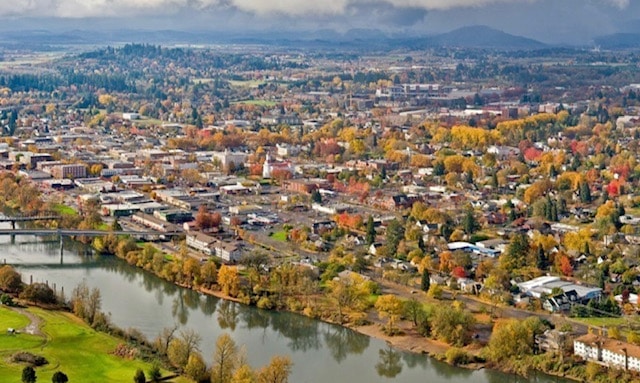 Clocking in at 54,462, it’s the largest westernmost city in the contiguous 48 States. Its Mayor is named Biff, and it was founded in 1845 by Joseph C. Avery, who arrived from the East in search of fortune and a new life. He built a log cabin, which he left soon afterward to try to find gold in California, which was totally unsuccessful, so he came back to his poorly constructed cabin with plans to open a store of some kind.

How do people grow up in small towns and find a path towards international recognition as vegan activists, authors and cellists? Zlatomir was 9 when he moved away (that was 10 years ago) but his first 9 years, like everyone’s first 9 years, were very, very important. Let’s take a look. 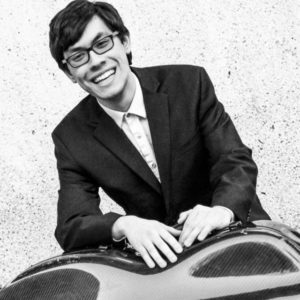 I was able to track down his first teacher, who is actually a friend of mine, because I used to live in Corvallis and I hope my second child, who was born there, can somehow, some day make it onto that intriguing list of “Notable People from Corvallis”.

Her name is Ann Grabe. She is a suzuki teacher, and has had a pretty interesting path towards that little city which is currently rated as the #2,967th best place to live in America, according to Niche.com.

Anthea Question:
Hello, Ann! What was Zlatomir like when you met him? What was his first lesson like?

Ann:
Zlati had good focus at 3 when he began lessons. He had a strong bond with his mother which helped make lessons so positive. He brought his foot chart and correct sized stool to all lessons.

At his first lesson he learned about bowing feet, cello feet, how to sit without the cello, sitting with the cello, and how to bow. (bough)

His mom was very attentive and took copious notes and totally trusted me, they did EVERY assignment, every week. I think his mom taught middle school math, though with her good brain I think she could have walked into any place an gotten a fabulous job. She said such supportive and warm comments at just the right moments…she had a very good sense of timing when to ask question and to give compliments.

Anthea:
I know the Suzuki method is based on the idea that everyone is equally able to play an instrument (I was a suzuki child from age 2.5-7). Do you find this to be authentically true, or can you tell when one student or another might have a unique gift?

I personally strongly believe that talent is trained, Suzuki himself wanted his method to be called Talent Education.

Anthea:
If you do run into someone with an unusual talent, what do you do to foster that? Do you feel a particular responsibility to that family?

Ann:
If I run into someone who is ready to go, i.e. ready to learn (because of their very strong environment at home being surrounded with music, music games, warmth, support, etc.) I do not give them more attention than my other students. Everybody gets special attention. I teach skills as if every student will play the Dvorak Concerto. If they move slower, it won’t be because of my prejudgements limiting them. I both expect a lot and demand a lot from all.

If everybody plays well, the whole class improves.

When Zlati started lessons, there was another little boy 4 years old who also was ready to go, his mom took fabulous notes and they also came every week with every assignment well practiced. There wasn’t any competition between them, (such a destructive thing) but it was so helpful to have two kids of similar age start together and see each other at our bi-monthly group classes.

Anthea:
What was Zlatomir like as a cellist and person?

Ann:
Zlati was always a thoughtful, warm, and gentle soul. I think he learned this from both his mom and dad . I got to meet his grandfather at one of our recitals, that grandfather was so smart, respectful, and thoughtful; I loved watching his interaction with his grandson.

Anthea:
What are some of the challenges and benefits to living in a small town?

Ann:
I studied cello at the Hochschule fur Musik for five years in Stuttgart, Germany and received both an education degree and an Artistic Diploma (performance degree), I also taught cello for 7 years at L’institut Suzuki in Lyon, France. Both those cities had large populations, and one day I made a career choice to breath clean air, have access to the mountains and ocean, own a small house with a big back yard with a dog, and to live in a vibrant small town over art galleries, theatre, opera, world famous orchestras, and dirty air filled with coal smoke and diesel fumes. I was sick of all that pollution.

Anthea:
Could you have anticipated that Zlatomir would rise to this level?

Here is what Zlatomir says in Symphony Magazine about Corvallis and Ann Grabe, his first teacher.

Cellist Zlatomir Fung salutes a series of teachers who have molded him. “Every teacher has been right for that moment in my life,” Fung says. “I’m really lucky and grateful.”

Cellist Zlatomir Fung, a Juilliard School undergraduate who already holds a fistful of prizes, says his good fortune with teachers began when he was 3 years old. “Somehow or other, the town where I was living—Corvallis, Ore.— happened to have this brilliant Suzuki cello teacher. And I just fell into her lap,” Fung says.
Ann Grabe, a cellist in the Eugene Symphony, devoted Fung’s first year almost entirely to such basics as the correct finger position and bow hold, and the thorough grounding paid off from there on, Fung says.

Here is Zlatomir on “Skip the Repeat”