The operetta composer Paul Abraham, a fugitive from the Nazis who returned to Germany in the 1950s, is to have a section of the Grindelberg park named after him.

Abraham, originally from Budapest and Berlin, died in Hamburg in 1960. 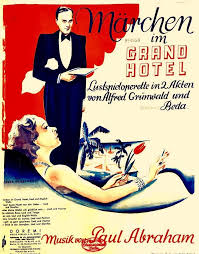 We would like to see something named after Bethold Goldschmidt, who was Hamburg born and bred.