Death of a Spanish virtuoso, 84

We’ve been notified of the death of the Spanish classical guitarist Alberto Ponce, a noted virtuoso who became a sought-after teacher in France.

Unusually for a classical guitarist he was exceptionally interested in contemporary composers, committing himself to Maurice Ohana and other outcasts from Boulezian modernism.

His student Liat Cohen writes:’Between the years 1993 1998 I had the privilege of being Ponce’s student in the École Normale Supérieure de musique de Paris. Tiny stuffed study room with cigarette smoke 24/7 but a charismatic enormous teacher who taught me directly from Tarrega & Pujol the gift of the guitar sweet, profound sound.’ 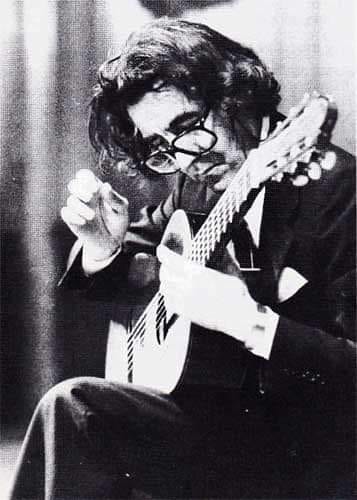