Death of a Pulitzer winner, 87

The richly accomplished and brilliantly communcative composer Michael Colgrass died this week at the age of 87.

His wife and son issued this bulletin: ‘Yesterday was Michael`s last day of a remarkable life. His health had been gradually failing, and he left us at age 87. As most of you know, he enjoyed life until the end, surrounded by friends and family and helped along by wonderful health care workers.”

‘Neal and I will miss him very much, as we are sure others will. He touched so many lives through his music and friendships. Thank you to all who sent greetings during his illness, came to visit from near and far and to play  music in our house.”

‘Michael did not want any ceremonies after his death, nor did he want you to be sad. Instead, visit him by playing his music and feel his spirit soar.
Neal and Ulla Colgrass

A Chicago jazz musician, Colgrass won the 1978 Pulitzer for a symphonic piece Déjà vu, commissioned by the New York Philharmonic. Boston, Minnesota, Detroit and others rushed in with further commissions. He wrote extensively for wind bands. His music was always warmly received.

In Canada, where he took citizenship, he worked closely with the Toronto Symphony and was an associate of the Canadian Music Centre. 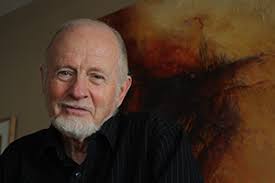