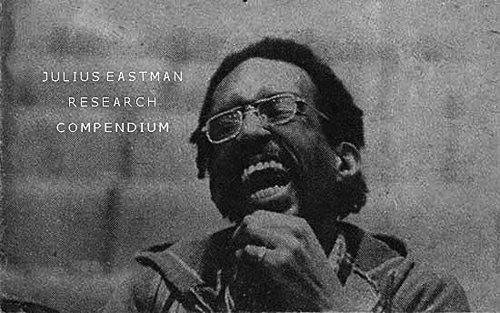 Composer is banned in title controversy

The composer Mary Jane Leach was invited to give a talk in Halifax, Nova Scotia, about Julius Eastman, whose works are coming back into vogue. In her talk she quoted the titles of some on Eastman’s works, titles which contained the ‘n’-word to describe people of his racial origin.

The event organisers had a fit of vapours and banned Leach from taking any further part. They also published a public apology so excruciating that it might well qualify as a classic of political correctness.

During Leach’s exposition of Eastman’s life and work, she repeatedly invoked a racial slur by referencing, verbatim, the titles of a series of self-portraits composed by Eastman in the late 1970s and early 80s. At the outset of her talk, Leach made a statement that it would contain explicit, complicated language and that, while she wrestled with whether or not to include said language throughout her engagements with Eastman’s work, she intended to do so on the day in question as a means of honoring what she understood as the intentions of the work and the artist. We recognize that this contextualization was not enough and does not excuse the way in which this program curated, implemented or performed.

It is our understanding that discomfort, unease and violence was felt by many, in the room as Leach invoked these titles. Following Leach’s presentation, Nivie began unpacking some of the complications inherent in Leach’s research and her position as a white person telling the story of a queer, black person’s life. Through pointed questions by the facilitator and feedback from several attendees, Leach’s use of language and handling of Eastman’s life and legacy were called into question and identified as problematic and an example of colonial oppression. Leach’s work and presentation thereof was, in tandem, lauded by a self-identified queer, black attendee, who described it as “brave and important”. The event ended without interference or acknowledgement on behalf of OBEY Convention of the harm perpetrated in the room, and of that we are regretful.

Following the event, a pair of Leach’s pieces were to be performed at a venue nearby. Before the concert began, a number of people approached OBEY Convention staff to express their feelings that the preceding event had been harmful, inappropriate, and careless. In light of this, OBEY was offered the question of whether or not to move forward with Leach’s performance. These concerns were heard and taken with the utmost seriousness. A closed-door discussion ensued including those who came forward with concerns, members of the OBEY Convention Board of Directors, a member of its Programming Committee, and its two core staff members.

To honour the voices that came forward, in trust and confidence, and shared their experience of harm, we decided to pull Leach’s performance from the evening’s program to avoid perpetuating further harm and our continuation of silence. This decision was made not as a punitive gesture towards Leach, but rather as one of care and harm-reduction towards the more vulnerable, racialized people harmed by our prior programming. After informing Leach (and the musician set to perform her music) of the decision, the following statement was drafted collectively and read by creative director Andrew Patterson, joined on stage by executive director Kat Shubaly, and board members Sara Russell and Ray Fernandes:

Earlier today we hosted a program including the third artist on tonight’s bill. We acknowledge that that program caused direct harm to community members in attendance. As creative director, I accept responsibility for allowing and perpetrating this harm, not only in a programming capacity but also as a person in attendance who remained silent. In light of this, we’ve decided to pull the final performance in hopes of preventing any further harm. This is the first step in a process of accountability. Thank you for listening, thank you for your support, and for the care you’ve shown this organization.

« Raisa from Bialystock who sang the first Turandot…

I want to be the first Latina Rosenkavalier »