A US orchestra goes bust

The grandly named National Philharmonic Orchestra, operating out of Bethesda, Maryland, has called in the liquidators. Here’s what the musicians are being told:

Dear National Philharmonic Chorale,
National Philharmonic will be issuing shortly the press release attached about its impending shutdown.  You may already have seen the article in today’s Bethesda Beat about the staff furlough, so the word is out and we have to address it now.  We have been attempting to remain in close contact with Strathmore Foundation and County Executive and Council staff, but our calls are being returned less and less promptly, with less and less substantive information being provided.  In addition, we have retained bankruptcy counsel to prepare a Chapter 7 Liquidation filing.  Our final strategy is to release the press release in a last-ditch attempt to focus attention and hopefully obtain funding for National Philharmonic.  If that doesn’t happen, we will have to file the petition and shut down in an orderly manner.
It is our goal to complete operations of the Summer Choral Institute.
Let me know if you have any comments or questions.  We will continue to update you should there be new information.
Kind regards,
Leanne Ferfolia
President
National Philharmonic 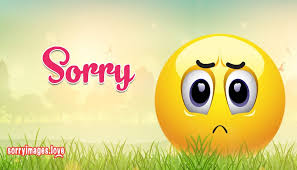