The rebellion by musicians of Bordeaux Opéra against their director Marc Minkowski is starting to gain adherents.

Paris musicians, always quick to rally, have sent this message: 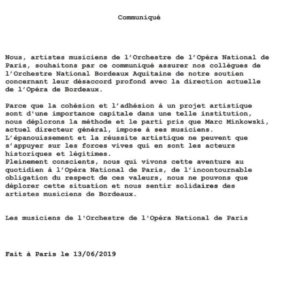