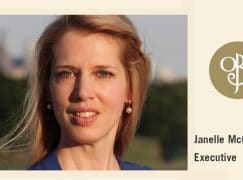 The University of Oregon has quietly removed every single individual who was involved in the shameful removal of Matthew Halls as artistic director of its Bach Festival.

Provost Jayanth Banavar and his deputy Doug Blandy have both departed.

Now the OBF Executive Director Janelle McCoy has been told her $170,000 job has been abolished.

Letter from Dean to Faculty:

Dear Friends,
I wanted to be the first to share with you the news that we’ve made the difficult decision to eliminate the executive director position at Oregon Bach Festival, due to university-wide budget reductions that were announced earlier this year.

As many of you know, university administrators asked the School of Music and Dance to reduce OBF’s budget by $250,000 (which amounts to around 9 percent of the festival’s overall budget for 2019), as part of a campus-wide initiative to trim $12 million in total university costs.

As dean, I was faced with a tough choice. I carefully weighed our options, and ultimately arrived at the conclusion that this was a necessary step in order for us to preserve as many critical OBF staff positions as possible and ensure the festival’s ongoing success.

We are saddened that Janelle McCoy will be leaving…