New York Post’s Page Six has some sketchy details of the wedding of the week:

Marie Antoinette might have considered the whole thing slightly over-the-top. We’re told 300 guests — including John Legend and Chrissy Teigen and HRH Prince and Princess Michael of Kent — were treated to a Bach recital by the newlyweds, a seven-course meal, including a “transparency of lobster” served over dry ice and an 8-foot-tall wedding cake accompanied by two Dom Pérignon vintages.

Fireworks followed with a view from the famed Hall of Mirrors.

Slipped Disc hears that not all the guests were phonies. 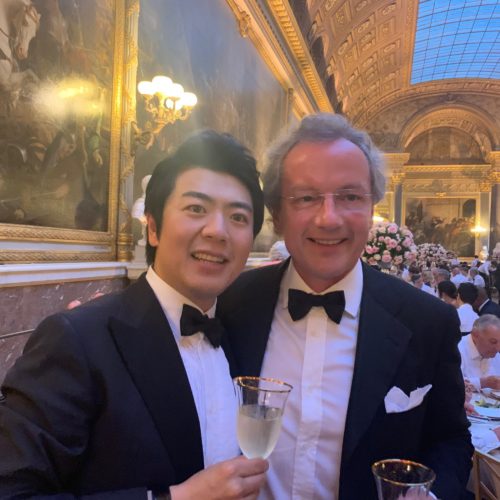