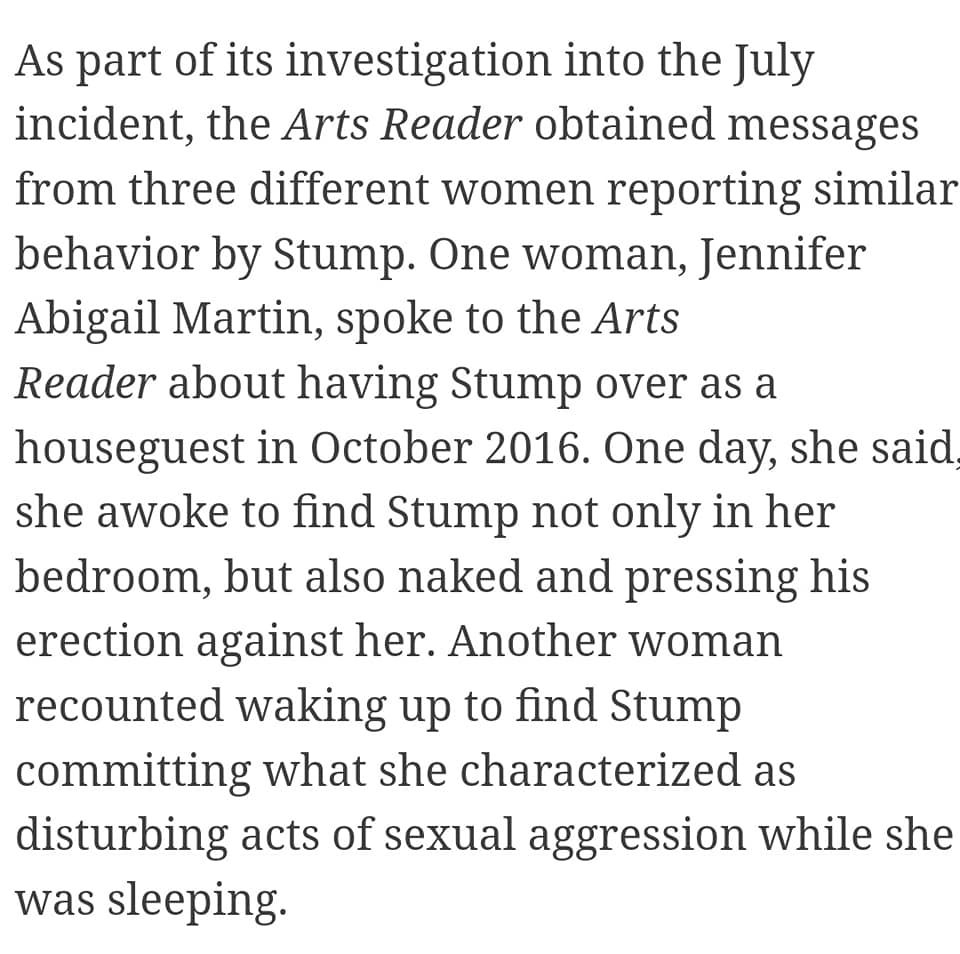 Angry public reponses to the casting of Matthew Stump as Leporello have prompted Michigan Opera Theater to drop him within 24 hours.

MOT says: Michigan Opera Theatre has announced it will be making a casting change for the role of Leporello in the company’s fall 2019 production of Don Giovanni. Casting details will be forthcoming.

Stump was accused by a colleague, Julie O’Dell of sexual assault after she allowed him to sleep over at her place. Ms O’Dell said today: Michigan Opera Theatre – Detroit Opera House thank you for believing and protecting women. Our industry needs more institutions to take steps like this.

It was worth it. Sleeplessness, nightmares, seeing myself maligned, losing jobs, losing friends, losing face, being known for what some guy did to my body and not for my own work, turning my world upside down yet again a year later to rehash all that trauma. It was worth it, because MOT decided to believe women. In an industry where victims are terrified to go through what I’ve been through in the past year, we need more individuals and institutions to believe women.

I know my rapist has powerful allies, but to whoever worked behind the scenes to stand up for what is right and protect the women at this company and in our industry, thank you. You are making the world a safer place. 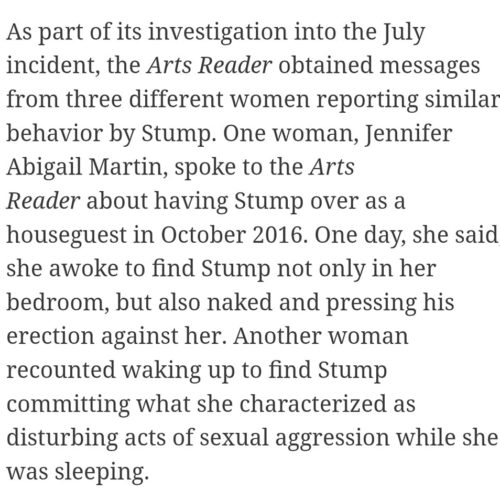