The international pianist Gianfranco Pappalardo Fiumara has been arrested in Catania for attempted extortion against an alleged former lover.

It is reported that he was stopped by plain-clothed policemen outside the church of San Matteo in the small village of Trepunti di Giarre. It is not clear whether he has been formally charged. There has been no comment from either side. Presumptions of innocence apply.

Fiumara was suspended immediately from his position as consultant to the Puccini Festival at Torre del Lago. 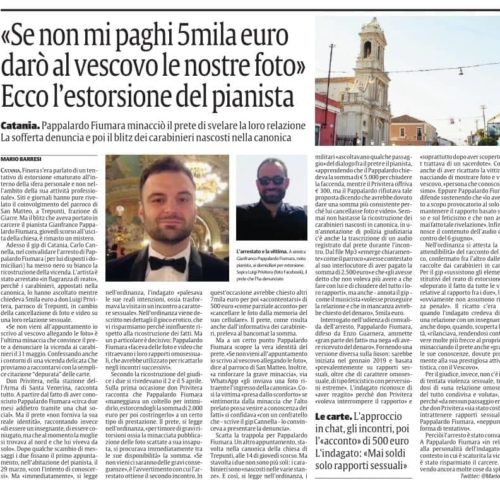