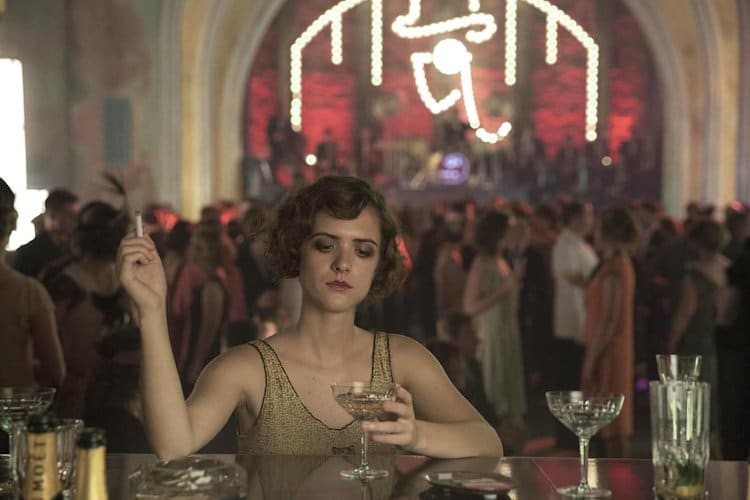 Berlin is chock full of venues. And those venues are crammed with people. It’s really, actually crazy here. You’ve got the Philharmonie – both halls busy most nights – same goes for the double halls at Konzerthaus. Then there’s BoulezSaal, just down the street. All three venues are within an easy walk of one another, and I’m not even talking here about the three full-time opera companies, all with their own buildings and chamber and orchestral series, and the 9 full-time orchestras, with their own chamber series as well. And – and – and – Hans Eisler and Universität der Künste – both world-class, full-service music schools, with prep departments, chamber, opera, orchestra, the whole 9 yards. Plus many other second- and third-tier orchestras, opera companies, full and part-time chamber groups, and probably around 10 adult amateur orchestras. It always takes me aback – the size of Berlin is only about 3.4 million – and yet, even the 12 student chamber recitals each year at the Universität der Künste are stuffed with audience – on nights when they could have chosen between a 3 hour concert of student groups, Hilary Hahn, Casals Quartet, or Rattle conducting the Phil.

And so – I am now half-way through a 4-concert Beethoven Piano Trio Cycle in one of the funkiest, most-loved venues in Berlin, the PianoSalon Christophori. When you arrive at the venue – inside a complex of semi-abandoned old warehouses in the up-and-coming working-class neighborhood of Wedding, you walk beside one of the old canals of Berlin (did you know Berlin has more canals than Amsterdam?), and then enter a loading area through a metal gate to find a large, somewhat worse-for-wear, dark grey warehouse.

Arriving early for the dress rehearsals, I bang on the huge sliding doors, and as they squeakily shudder open, I am once again happy to come to this cultural haven – a huge space, walls covered by the entrails of old pianos, antique chandeliers precariously strung up from the 30-foot tall ceiling, a mish-mash of old chairs, couches, and benches stretched around the rounded plywood stage, itself crowded with 4 or 5 grand pianos and odd funky bits of furniture, and enough space for a small chamber orchestra. The audience is close – right up against you – cradling the glass of wine or beer which come with the moderately priced admission, sometimes even resting their feet up on the stage.

The vibe is relaxed, the space other-worldly, and the proprietor, an energetic, sporty father (with a dapper sense of style – think tan riding boots and a red corduroy vest), who recently stepped away from a successful career in medicine to run the series full-time, announces the program from the stage, sometimes even with his youngest son clinging to his leg. He tries to take one day off of concerts per week, but his venue is so popular – with audience and performers alike – that this is not always possible.

His performers are a mix of young, recent international prize-winners to top-shelf groups and soloists, who come to play because they love the vibe as much as the audience does. It’s actually magical. I don’t even think they advertise.

And, to cap off an evening, one has to only toddle over to the next building – the gatehouse to a former bus-repair station, where the Pförtner Café offers rustic and market-fresh comestibles. A select few tables are even inside the cool vintage public bus, just sitting in the courtyard. It all makes for a memorable evening – as many of which I have enjoyed from the stage as from the comfort of a worn, velvet couch.

« Paris Tosca is hit by another dropout