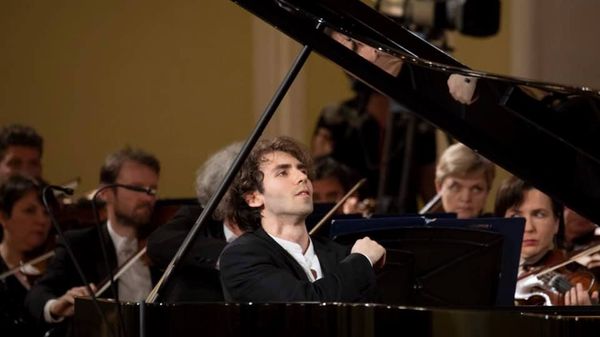 Final word: How Tchaikovsky Competition was won and lost

When Valery Gergiev was installed by President Putin as chair of the Tchaikovsky Competition in 2011, he installed the Van Cliburn chief Richard Rodzinski to clean up the judging cabal, introduced live streaming and generally exhumed the Augean stables to good effect. These reforms lasted all of two competitions. What we witnessed this week was a combination of dubious judgements, backroom collusions, third-world inefficiencies and Russian cover-ups. This was not a competition to write home about.

As a final word, we publish this observer’s report from a Russian-trained, Canadian pianist, Valerie Sobel:

First came the application process, where contestants from all over the world for piano, cello, violin, voice, winds and brass had a deadline to declare their entry into one of the most prestigious music contests in the world: Tchaikovsky’s 16th International in Moscow, Russia. The deadline was mysteriously cancelled when a record number of fee-based applications poured in. Why stop the pipeline of euros when you don’t have to?

Gergiev is the Chairman of the Competition. For all intents and purposes, the musical puppet master of greater Russia and an undisputed influencer for all things musical in that country. Not to mention Putin’s front man.

Third came the stacked list of second-round semifinalist pianists. Russian pedigree made up 7 out of 14. Golden boy, 17 year old Alexander Malofeev of considerable talent and influential backing was a shoe-in for the second round, with all but a guarantee he’ll play well. He didn’t. His youth got in the way.

Now we’re at the three-day Finals event where competitors are expected to play two piano concertos back to back. We’ve got 3 Russians out of 7 competing. Not bad odd and perfectly consistent with the last 3 competition outcomes of 2015, 2011, and 2007. So far so good. The most nationalistic, most state-sponsored, most Russian and most Russian-controlled contest of immense national pride leading straight up to Vladimir himself is heading in the same direction as always …a Russian winner. Or at the very least to any of the top three spots.

Then came the unthinkable: the shameless mix-up of concerto order for An Tianxu, a Chinese pianist . The whole thing was quickly blamed on the announcer who misspoke, as if the competitor had no prior confirmation of order by the competition’s management. Why embarrass the management when you can quickly get rid of the announcer to diffuse public outage ? Not that the Chinese pianist had a reasonable shot at winning, but that’s not the point.

Today the whole thing comes completely undone for the Russian Gergiev-controlled competition, a contest that is an iconic symbol of perceived Russian cultural supremacy. But first, here is competition’s stats in the piano category (other categories aren’t too different in results):

The story weaves itself without any additional commentary, doesn’t it? Except for a few notable anomalies that even Nikita Khruschev couldn’t prevent. Just as in 1958, when the world was stunned by the Iron Curtain’s awarding of 1st Prize to an American sensation, Van Cliburn, today we watched a similar phenomenon.

France’s Alexandre Kantorow left absolutely no choice to the puppet master, Valery Gergiev, and his jury cronies. None. Had they not awarded Alexandre the first prize for the most sublime performance of the most complicated pair of concerti, Tchaikovsky’s 2nd and Brahms’ 2nd played back-to-back and probably for the first time in competition history, the music mafia would’ve lost all credibility. It would’ve looked like orchestrated fraud. It would’ve made Gergiev look shadier, and he can’t afford that.

But let’s not lose sight of the main idea; never in the history of the most Russian and proudly nationalistic competition in the world, the Russians have not taken first two or three spots in some order. Or at least have been present. Today all three spots got occupied by non-Russians. This marks the end of an era that even the most political of musical entities couldn’t prevent or change.

The official end of Russian self-established, self-proclaimed supremacy in classical piano on home turf. Or anywhere, for that matter. Stamped, signed and delivered by the Russian oligarchs, puppet masters, and jury influencers themselves.

Today is also the beginning of a different era; Tchaikovsky’s 2nd Piano Concerto, that has so unfairly been shelved in favour of the popular 1st, is revived in full glory. All at the fingers of a 22 year-old Frenchman who took enormous risk in choosing the most complex and expansive of programmes in the most politically infused competition in the world.

« ‘Why couldn’t they find a German to do your job?’