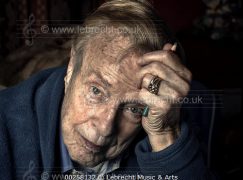 He may have been the last man alive to see Mussolini and his mistress hanging by their heels in Milano and the stage of La Scala a mound of rubble. At least, that’s the story he liked to tell and I believed him as he told it to me.

He was evasive about many other things, conservative in his artistic and political views to the point of being almost reactionary, wealthy beyond words and decadent with it – living like a Roman consul in modern times in a villa full of statues and mosaics.

Still, I treasured every moment I spent with him and remember his every word.

Farewell, Franco. It was a great ride.

An orchestra named for Oliver Knussen »