Ann Arbor Symphony Orchestra Board President Richard Hendricks and Executive Director Mary Steffek Blaske announced today that Arie Lipsky has stepped down from his current role as Music Director and Conductor of the Ann Arbor Symphony Orchestra. Lipsky joined the organization as Music Director in 2000 and has served as conductor for 19 seasons. Guest conductors have been secured for the A²SO’s 2019-2020 season and a national search for a new music director will be led by a search committee.

‘We are heartbroken for Arie that his very difficult health struggles in the last six months have led him to this decision,’ said A²SO Board President Richard Hendricks. ‘His resignation was yet another act of leadership, and we accepted his decision in that same spirit. We owe him our sincerest gratitude for the amazing work he has done over the years to elevate our Symphony to its current highest-ever-quality, both in its music-making and in the breadth and depth of its educational enrichment and community engagement.’ 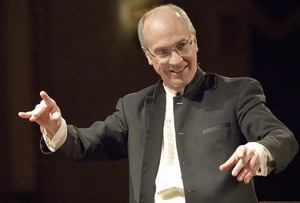