The board decided this morning not to renew the ever-contentious Alexander Pereira for a second five-year term.

His successor is tipped to be Dominique Meyer, outgoing head of the Vienna State Opera, where he has stabilised the finances and broken all attendance records.

Italian media say his appointment will be ratified next week. 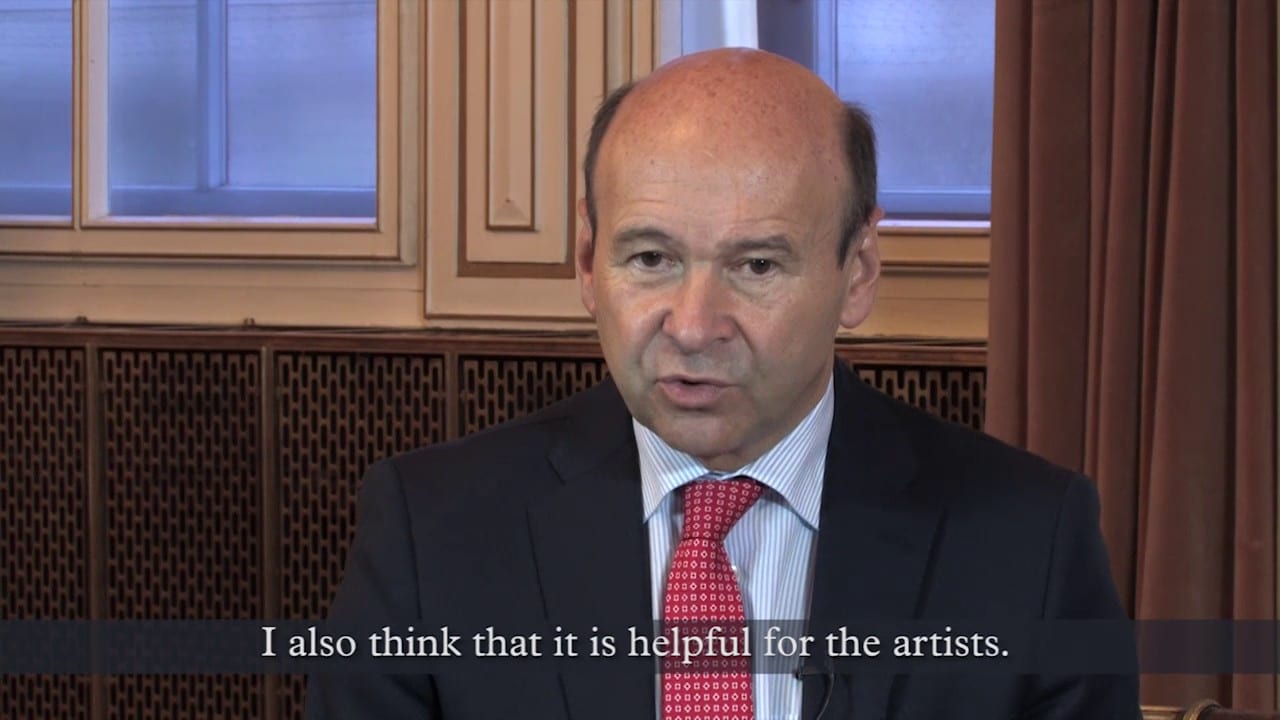 Meyer, 63, from an Alsatian diplomatic background, is one of the most quietly effective leaders in his field.

Sovrintendente Alexander Pereira has a problem with her high notes?

Madonna said: ‘It has always been my dream to sing at La Scala.’

And she has at least one great classical friend (assuming he’s still classical).

UPDATEL Clarification from La Scala: We just make opera, ballet and concerts and not rock/pop events. There is a long list of requests…

I am distressed to learn of the passing of Naomi Graffman, wife of the retired Curtis Institute director, Gary Graffman. Naomi, who was childless, was a maternal presence at Curtis, giving the college an aura of pastoral care that was scarcely obtainable anywhere else.

They were surrogate parents to the teenaged Lang Lang.

When I wrote Who Killed Classical Music?, Naomi and Gary were willingly forthcoming about Ronald Wilford’s takeover at CAMI, where she worked. She was warm and fun and a little bit wicked, in the nicest possible way. 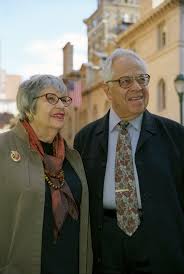 The incoming director Bogdan Roscic and music director Philippe Jordan have announced a training programme for singers under their regime.

Here’s what they are saying via Bogdan’s personal PR:

The Wiener Staatsoper will found a studio for young opera singers when director Bogdan Roscic and musical director Philippe Jordan take office in autumn 2020. This Young Artist Program will be led by baritone Michael Kraus and is aimed at artists who have completed their education as singers and whose talent and ability promise an international career. They will be given the opportunity to deepen the knowledge they gained in their studies and to benefit from the experience of established artists. Interested young singers can apply from now until 30 September 2019 through the web page of the Wiener Staatsoper.

Bogdan Roscic:
“A repertory house like the Wiener Staatsoper cannot operate successfully without an excellent vocal ensemble. As both Philippe and I see it, this ensemble must be supplemented by a studio for young artists who can become a very real part of the theatre and keep renewing the ensemble from within. A program like this not only enables the theatre to establish an early and intensive relationship with the world’s best talents of the next generation, but it also challenges the house to deal with fundamental questions of quality, tradition and the all-round education of singing actors. The Wiener Staatsoper offers participants ideal conditions, not only because of its artistic standing but also because of the wide range of repertoire presented. I am confident that our program will quickly become one of the most important in the world and will bear spectacular fruit very soon.“

Philippe Jordan:
“For me, working with young singers always was and is a great responsibility and an inspiring challenge. On the one hand it’s a matter of passing on your own experience and being a musical mentor, on the other hand you benefit from the freshness and youthful curiosity of new perspectives. I’m convinced that we will discover and promote a new generation in the Young Artist Program of the Wiener Staatsoper which will shape opera life in the city and help mold the opera world of the future.”

Michael Kraus:
“I am very grateful for the trust Bogdan Roscic and Philippe Jordan have placed in me in letting me work with an international group of coaches and mentors to pass on our combined experience to the next generation of singers. The Young Artist Program of the Wiener Staatsoper will enable the best young singers to launch their professional career at one of the world’s most important opera houses.”

The lied and solo aria finalists have been selected. 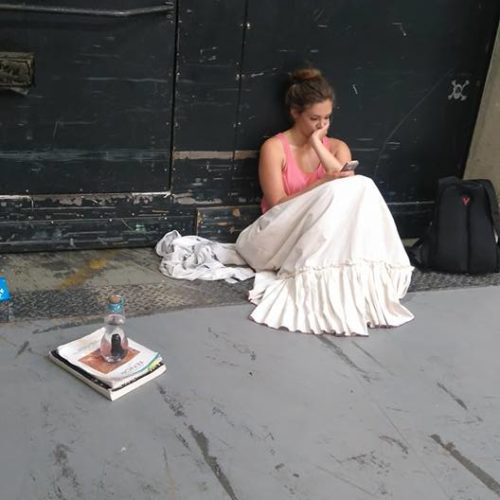 All very low key, so far.

The film is scheduled for release in October 2020. Here’s what we now know.

The cast includes Rachel Zegler (Maria), Ansel Elgort (Tony), Ariana DeBose (Anita), David Alvarez (Bernardo), Mike Faist (Riff), Josh Andrés Rivera (Chino), Corey Stoll (Lieutenant Schrank) and Brian d’Arcy James (Sergeant Krupke). Rita Moreno, who won an Academy Award for her portrayal of Anita in the 1961 film version of West Side Story, will feature as Valentina, a reconceived and expanded version of the character of Doc, the owner of the corner store in which Tony works.

The film’s music team includes conductor Gustavo Dudamel, composer and conductor David Newman (Anastasia) who will be arranging the score; composer Jeanine Tesori (Broadway’s Fun Home and Thoroughly Modern Millie), who will be working with the cast on vocals; and Grammy-nominated music supervisor Matt Sullivan (Beauty and the Beast, Chicago), who will serve as executive music producer for the film. 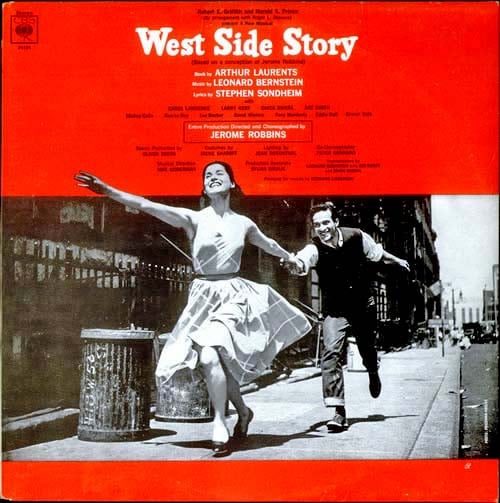 Would you believe they went into the lockout without a professional communicator?

This ad has just gone up? 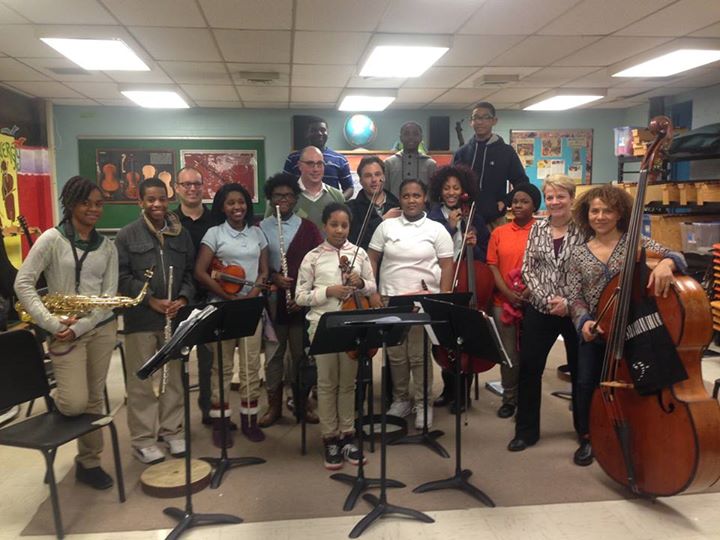