The founder of El Sistema in Guatemala, Bruno Campo, has been accused by several women in a magazine article in that country of rape and other sexual abuses. Campo, who studied in Austria and co-founded the Sistema Europe Youth Orchestra, denies the allegations which, he says, are being used as political ammunition in this weekend’s Guatemalan elections.

Bruno Campo has gone to the police in Denmark in an attempt to clear his name.

Slipped Disc has no independent means of validating either the accusations, or the credentials of the magazine involved.

Bruno Campo, with whom we have previously corresponded, has issued an interim statement, which we publish below. He cannot respond in detail to the accusations without prejudicing the Danish police investigation.

Sistema England has rushed to issue a statement dissociating itself from Bruno Campo, with whom, it says, it has never worked.

Sistema Europe also says it has cut ties with him.

We present the raw documents. The facts will have to be tested by the police and the courts.

1. The accusations and allegations raised in this article are extremely severe. I have met with Danish authorities, shared detailed documentation with them and there is now an ongoing investigation by the Danish police that I fully support. I have offered my full openness, transparency and cooperation.

2. I fully support the struggle for more equality and against abuse of any sort. I also have the highest respect for any victims of abuse that have the courage to share their experiences. If any way I have ever acted in or behaved has not been experienced as fully respectful, I profoundly apologize. I rigorously work on myself and will continue to do so. However, I must strongly reject all allegations of any criminal conduct regarding myself according to what the article may imply.

3. Unfortunately, and in spite of having been presented with documented proof that shows otherwise, the journalist of the article falsely claims that my studies in Europe had been financed by the Municipality of Guatemala. That is not the case: An Italian co-operation and private donors financed the studies. This was audited by PNUD (Program of United Nations for Development).

4. The fact that presentation of evidence plus testimonies by other students and people who worked in the project at the time dismissing the accusations and were totally disregarded by the journalist, raises the suspicion that the article is a political hit-piece against the Municipality of Guatemala few days before the elections that take place this coming weekend in order to influence the outcome of those elections. These types of campaigns shortly before elections are unfortunately common practice in my country. In addition, the false claim regarding the financial support of my studies also echoes past defamatory campaigns by a group of musicians in Guatemala that has attempted to discredit me for years, for example through printed pamphlets and anonymous Emails with claims that then aren’t backed up when people inquire. 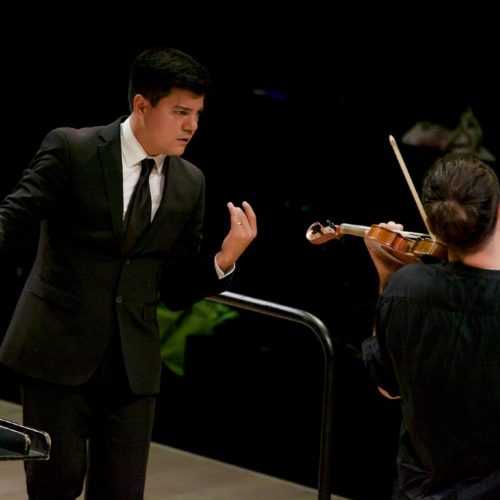 The Trustees and CEO of Sistema England are deeply shocked and concerned to hear of the serious allegations of rape and abuse made against Bruno Campo, youth orchestra conductor and teacher from Guatemala, over several years.

Sistema England extends its support for all individuals who may have been victims of this abuse, and praises the courage of those who have come forward to share their horrific experiences.

For the avoidance of doubt, Sistema England has never employed, contracted or invited Bruno Campo, whether as a guest or to work with or participate in any activity led or organised by Sistema England.

Moreover, Sistema England has never arranged any activity that brought children and young people into contact with Bruno Campo.

Sistema England did make a discretionary donation to The Nucleo Project to help with travel costs for 8 children from England to participate in the Sistema Europe Youth Orchestra camps in Istanbul in 2014 and Athens in 2017, where Bruno Campo was present.

Sistema England will fully support the executive and board of The Nucleo Project, who are seeking expert advice to ensure best practices for engaging with the children and the parents of children who participated in these projects where Bruno Campo was present.

As the host and organising body of Sistema Europe Youth Orchestra 2018, Sistema England excluded Bruno Campo from any involvement in the project, having determined a cause for concern as to his suitability for this role.

From a statement by Sistema Europe

Members of the Sistema Europe Board have had a recent online article about Bruno Campo brought to their attention. This article contains shocking and serious reports of rape, sexual abuse and other abuses of power by Bruno Campo during his time working in Guatemala. Sistema Europe has not yet been able to independently verify the legitimacy of this online article.

Bruno Campo co-founded the Sistema Europe Youth Orchestra (SEYO) in 2013 and was the co-artistic director of SEYO between 2013 and 2017. However, as Sistema Europe’s processes subsequently revealed an area of concern, he has not been involved in Sistema Europe projects in any capacity since then.

A winner of the Evgeny Svetlanov Conducting Competition in Montpellier, France, he has been Paavo Järvi’s assistant at the Orchestre de Paris and has also understudied at the Boston Symphony Orchestra. 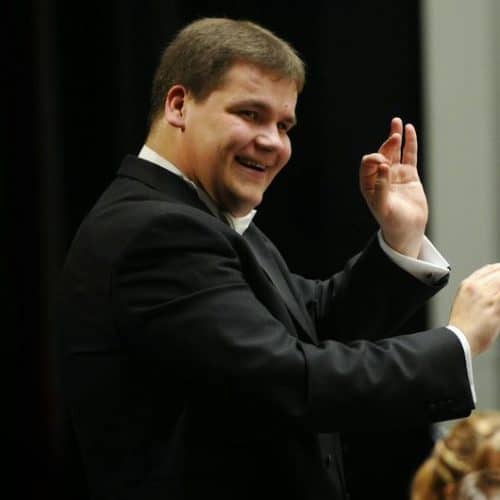 We are stunned to learn of the sudden passing of Paul J. Pelkonen, an independent critic on the New York music scene and an occasional contributor to Slipped Disc.

The cause of death is said to be a heart attack.

A gourmand and lover of life, Paul was in a relationship with Emily Ravich for 13 years. His website, Superconductor, was always astute and informative. He was friendly, cooperative, full of ideas and fun. Paul will be very widely missed. 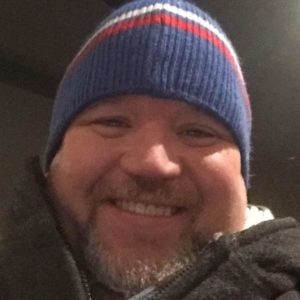 It was allegedly snipped off in 1826 as a keepsake by the pianist Anton Halm.

Viennese barbershops are now combing through their waste sacks for more. 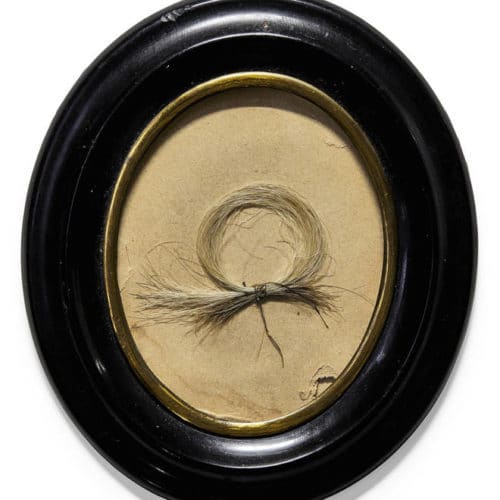 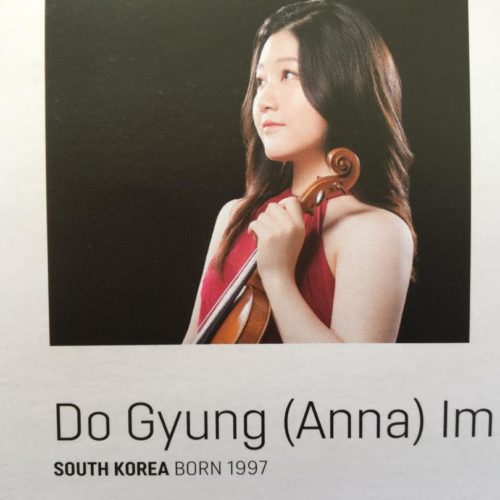 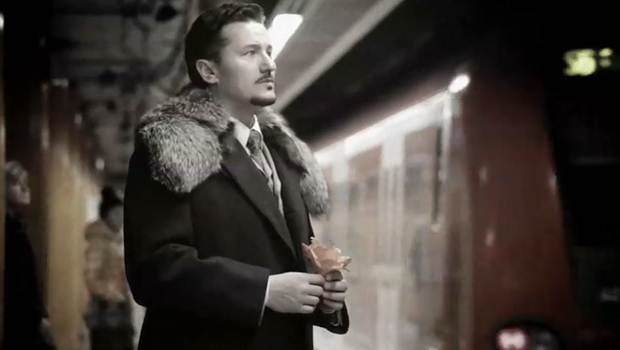 It is reported in Bordeaux that musicians of the opera orchestra are refusing to perform under the baton of general director Marc Minkowski.

The orchestra has fallen out with him before when Minkowski replaced them with an independent ensemble.

Now they are picketing the house with leaflets that read ‘We, musicians of ONBA, are absolutely not convinced that Mr. Minkowski has the technical, musical and human qualities to lead us as a conductor.’

Minkowski, who has been in charge at Bordeaux since 2015 was lately renewed until 2022. 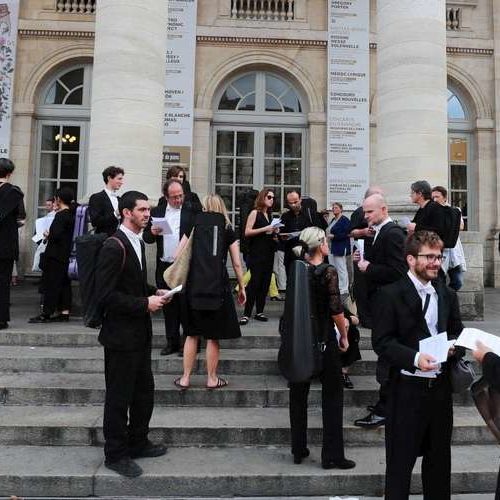 Things you have to do to get an audience in San Diego. 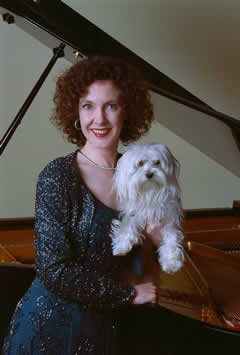 The Iceland Symphony Orchestra has chosen Eva Ollikainen, 37, as Chief Conductor and Artistic Director for the next four years.

A Finnish student of Jorma Panula and Leif Segerstam, she is presently chief of the Nordic Chamber Orchestra. 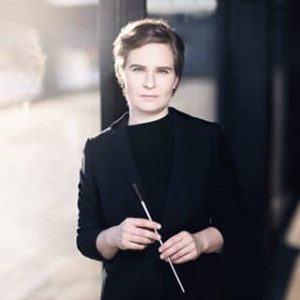 Homeless charity Streetwise Opera will have a seven-week Covent Garden residency this summer.

There wll be weekly workshops at the Royal Opera House’s Linbury Theatre for up to 30 homeless people aged 40–75, culminating in a free lunchtime performance on Friday 2 August 2019.

Paul McGrail, a performer with Streetwise Opera, said: ‘It’s an honour and a privilege, besides being just a sheer delight, to go back to the Royal Opera House. Just going into the building is very special. It brings a bit of a buzz.’

Programme participants will have the opportunity to explore Barrie Kosky’s all-singing, all-dancing production of Bizet’s masterpiece Carmen, which returns to The Royal Opera for its second UK revival this summer. Upon completion of the project, Streetwise Opera will continue its weekly programme of workshops at the Southbank Centre, where it has been based since 2017. 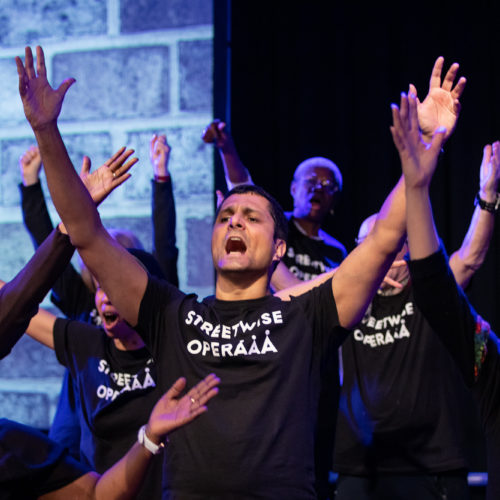