Seven months out with a broken hand, a violinist is back with a world premiere

Last October, Leo Sushansky tripped over a dissembled harpsichord in his living room as he ran to answer the phone.

He found another soloist to replace him in the next concert of the National Chamber Ensemble, of which he is artistic director, but he came on to conduct the second half with one arm in a plaster cast.

The last half-year has been an uphill course of physical therapy. One finger emerged half an inch shorter than before.

Cut to the chase: On May 4 in Washington DC, Leo played violin in the premiere of Alexander Goldstein’s Introspective Trio, together with  pianist Carlos Cesar Rodriguez and NSO cellist Steven Honigberg. 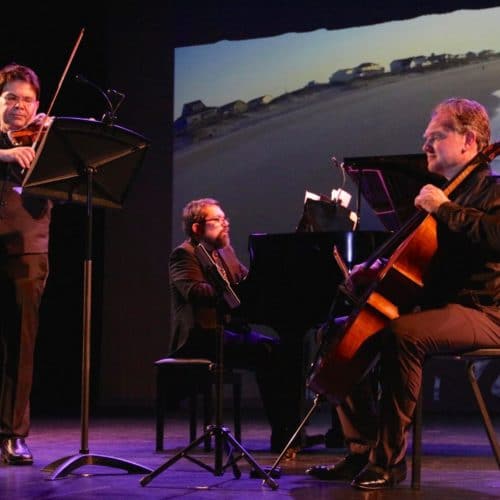