Prague’s National Theatre and its artists are still at odds

The theatre has published support for its beleaguered Norwegian artistic director from those who recommended him in the first place:

‘I am pleased by Per Boy Hansen’s engagement at the National Theatre in Prague, as he is an accomplished, seasoned opera manager. He has also been recommended to me by our permanent conductors, including Manfred Honeck, who closely collaborated with him for a number of years, and the chief conductor of the Czech Philharmonic, Semyon Bychkov, who too worked with Hansen in the past. I hope Hansen will undertake the post in Prague,’ said David Mareček, the General Director of the Czech Philharmonic.

‘Since the very beginning, I have regarded Per Boy Hansen’s engagement at the National Theatre in Prague as a great opportunity to make significant changes, not only at the National Theatre Opera company, but also in the Czech opera milieu in general, which has been excessively interlinked. Only a person of such great erudition, a person possessing ample practical experience and not being entangled in personal connections in the Czech environment can advance the organisation of operatic life towards true European standards, whose absence has markedly obstructed the development in this domain. I understand the apprehension on the part of the artists at the National Theatre, yet unless Per Boy Hansen is afforded the opportunity to implement fundamental systemic changes, the Czech opera world will undoubtedly remain unduly stagnant for many more years to come,’ said Martin Glaser, Director of the National Theatre in Brno,

‘I have willingly participated in the search for people who may combine knowledge of the Czech musical and theatre scene with an international experience and outlook, and have been encouraged that several well-qualified candidates have emerged with a strong
interest in the task. I was sorry to hear that some members of Prague National Opera had reacted against the appointment of Per Boye Hansen as Artistic Director of the Opera from the start of next season. While I understand that opposition can be a natural reaction to change, and sympathise with those who may believe their positions to be threatened, I also know that the process of recruitment last year was thorough and wide- ranging and was approved by the Guarantee Board. It is my hope and belief that valued members of staff may be reconciled, and the sometimes difficult process of change may strengthen this great theatre as it builds its future development as one of Europe’s great opera companies,’ writes Nicholas Payne, former Director of the Royal Opera Covent Garden in London. 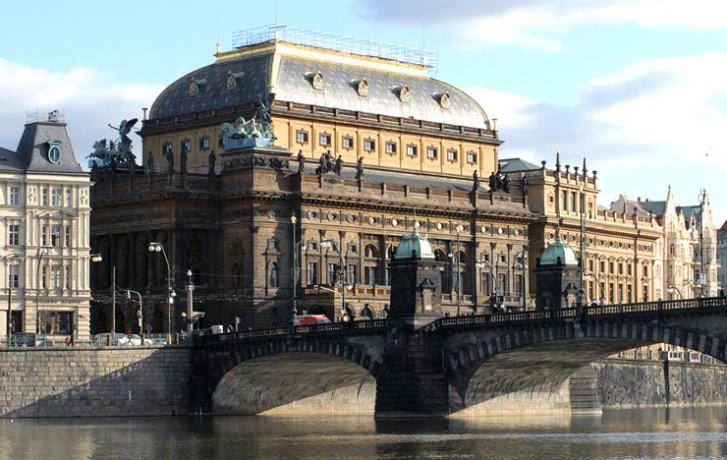 The dissidents have responded with a counter-blast:

Petr Kofroň, Artistic Director of Opera: ‘He must be the first designated opera director in the world, who – having been assuming his office for a year – claims not to be responsible for his first season.’

Helena Havlíková, critic: ‘At a press conference held in the last week of February, all the elements of the National Theatre presented their dramaturgical plans for the 2019/2020 season. Designated artistic director, Per Boye Hansen, spoke on behalf of the Opera. Hansen will not assume the management of both the National Theatre and the State Opera until the start of the season, however, he has been closely collaborating with the current management when preparing the plan for the upcoming season. He joined the team last September and he has had plenty of time to find his bearings. In public, Hansen is all pompous promises and boasts about introducing the theatre to the European “Champions League”. However, at the press conference he proved to be hardly capable of coaching a small-town football club.’