Munich and Amsterdam in academy switch

The orchestra academies of the Royal Concertgebouw Orchestra in Amsterdam and the Bavarian Radio Symphony Orchestra in Munich will be participating in an exchange for the benefit of a number of young musicians in May and June 2019…. From 21 May to 2 June, violinist Coraline Groen (pictured) and cellist Victoria Constien of the RCO Academy in Amsterdam will visit the Academy of the Bavarian Radio Symphony Orchestra. They will play in the orchestra for a week, rehearse and perform in concerts under the direction of conductor Herbert Blomstedt, as well as giving a chamber music concert with Academy students from Munich.

Two Academy students from Munich will arrive in Amsterdam on 11 June. Here they will have lessons with members of the Concertgebouw Orchestra, participate in chamber music, and rehearse and perform works by Glanert, Tchaikovsky and Smetana with the orchestra under Semyon Bychkov. 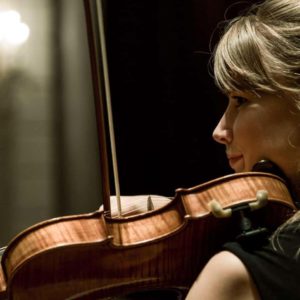