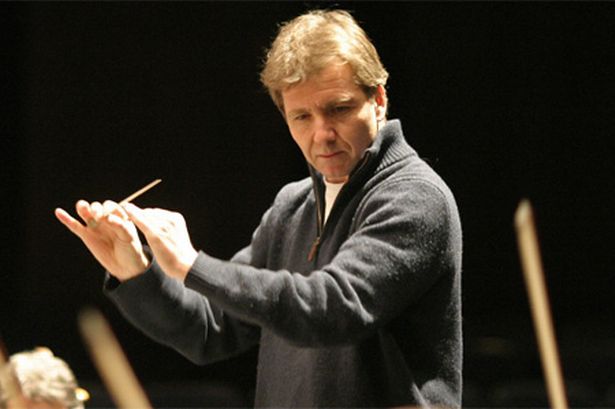 The Swiss conductor Thierry Fischer is stepping down in 2022 after 13 years in Utah.

Thierry Fischer today announced plans to conclude his tenure as Music Director of the Utah Symphony in August 2022. Upon stepping down at the end of the 2021–22 season, he will have led the Utah Symphony as Music Director for thirteen years, during which time he has revitalized the orchestra and raised its national and international profile through creative programming, renewed excellence in performance, and ambitious tours and recording projects. In September 2022, he will assume the title of Music Director Emeritus, in which capacity he will continue his musical relationship with the orchestra through regular return engagements.

“I am deeply grateful for the rich musical partnership I have enjoyed with the members of this outstanding orchestra, and for the experiences we’ve shared as musical ambassadors to the people of Utah,” said Mr. Fischer. “My journey with the Utah Symphony has been remarkably fulfilling, and I am incredibly proud of all that we have accomplished together, whether in concert at Abravanel Hall, on recording, or on tour across the beautiful state of Utah and to Carnegie Hall. Though this musical journey is far from over, with additional projects planned for seasons to come, I have decided to step down as Music Director upon the conclusion of my current contract in August 2022. I feel that the time will be ripe then for me to explore new musical horizons and for the orchestra to embrace a new vision that continues the extraordinary growth we have already achieved. It will be a great honor to assume the title of Music Director Emeritus at that time and a true pleasure to reunite with the orchestra in that capacity for many years to come.”

“Thierry has been the driving force behind the incredible artistic growth of this orchestra,” said Paul Meecham, President and CEO of Utah Symphony | Utah Opera. “Under his leadership the orchestra has risen to be truly exceptional and has become well known among prominent guest artists and conductors for its excellence and professionalism. Thierry has built a legacy here that will continue to benefit us for years to come.”

« John Eliot Gardiner: For me, Brexit is a double disaster