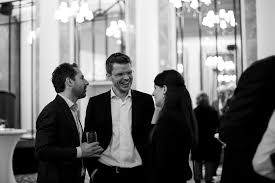 Dutch conductor: I get more support in Berlin than at home

Gijs Leenaars, director of Berlin’s radio choir, caused a ruckus at his season launch yesterday at the Dutch Embassy in the city.

I feel, he said, ‘more supported in Berlin than in my own country,’ before renewing his contract for the next five years.

Leenaars, who works with all the Berlin orchestras, will direct the chorus at Kirill Petrenko’s inaugural concert with the Berlin Philharmonic and will give a festive performance of the Bruckner E minor Mass for the 30th anniversary of the fall of the Berlin Wall.

He’s probably right. Berlin is the best place for an ambitious musician.

« Phoney row at Covent Garden over lack of women conductors