Death of a UK-Canadian composer, 88

Friends are reporting the death of Derek Holman, a Cornish-born composer who migrated to Canada in 1965.

He taught at the University of Toronto from 1966, directed the Concord Singers of Toronto and the Canadian Children’s Opera Company and was organist and choirmaster at Church of St Simon the Apostle in Toronto.

He composed several works with texts by the Canadian novelist Robertson Davies. 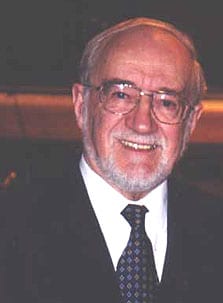