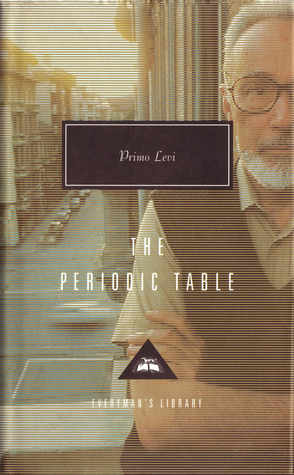 The English conductor Jeremy Walker will tomorrow lead the premiere of a new Russian opera based on Primo Levi’s Holocaust memoir, The Periodic Table.

The composer is Alina Podzorova, the librettist and director is Asya Chaschinskaya and the premiere takes place in Perm, as part of a Diaghilev festival.

Last June, a soprano with whom I worked put me in touch with a producer, Elena Frolova, who was taking part in a Diaghilev festival. She was competing in their competition ‘Women in Art’, and won it with the concept of putting together an opera based on Primo Levi’s ’The Periodic Table’ (which I recommended to her). The prize was to put on the opera at this year’s festival. Elena invited me to conduct the opera along with musicians from the orchestra ‘Leggiero’ (of which I’m musical director). I then invited my good friend Asya Chaschinskaya to work on the project – we recently put on Piazzolla’s opera ‘Maria de Buenos Aires’, and discovered that we make a good team. We decided that Asya should not only direct the opera, but also write the libretto. We then invited Alina Podzorova to join the team as composer. From the very outset, the three of us worked in close collaboration, everyone open to ideas and suggestions. In the end, we were presented with an interesting, thought-provoking libretto and a musically rich score. There are four roles: Primo (Bass – Igor Vitkovsky), Doktor Muller (Tenor – Konstantin Samoilov), Irit (Mezzo-Soprano – Svetlana Zlobina) and The Voice of the Mother (soprano – Olga Reutova). The instrumental ensemble is comprised of six musicians – violin, cello, flute, clarinet, piano and percussion. Furthermore, Alina will also improvise on the new instrument Duofluctus.

Munich and Amsterdam in academy switch »