Carol Isaac is the prompter. 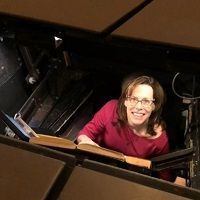 The Residentie Orkest of The Hague has wasted no time in appointing a successor to Nicholas Collon, who’s off to conduct in Finland.

The new chief conductor in the Dutch seat of government will be Anja Bihlmaier, who has worked mostly in Germany until now. 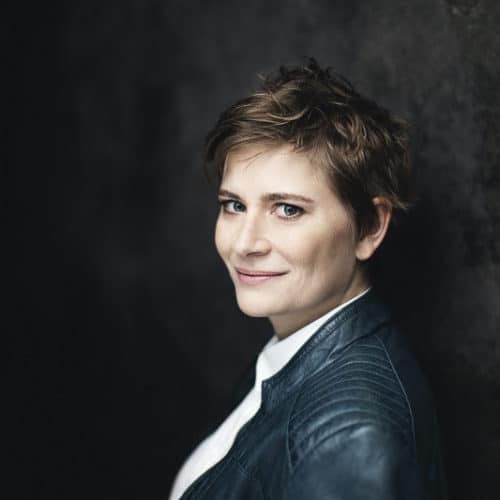 From the Lebrecht Record of the Week:

I started writing about Mieczyslaw Weinberg in the early 1990s when he was unknown outside Russia and forgotten within. Some emigres played me his string music and I found the communication so direct and personal that I could not understand his neglect. A Polish Jew, Weinberg fled to the Soviet Union in 1939, was befriended by Shostakovich and narrowly survived incarceration in the Stalin murder machine. Although there are common gestural elements with his friend and mentor, Weinberg is an original musician, haunted by ghosts of his own….

The veteran conductors’ agent Linda Marks is hanging up her baton.

Linda, who has mentored untold numbers of Finnish prospects at HarrisonParrott, has some personal issues to attend to and is ready to move on to the next phase of her life.

She will be missed – not just by the artists who pestered her morning, noon and night, but by the rest of the business where she was liked and respected for her integrity and straightforwardness. Her word could always be trusted. 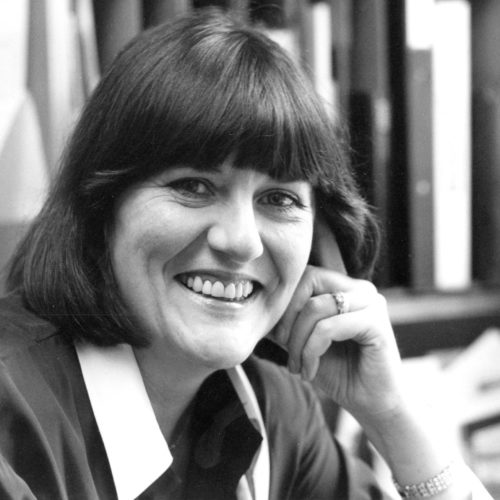 Linda Marks, Executive Vice-Chairman at HarrisonParrott, has decided that the time has come for her to step back from her current role so that she can take some time out for a nice long break and spend more quality time with her family as well as pursuing other interests.

She will leave HarrisonParrott at the end of June 2019 but will continue to work fully with everyone as normal until then and participate actively in managing the transition and succession for her artists, a process which is well underway with the Directors and Associate Directors.

Jasper Parrott, Executive Chairman, comments: “Linda has very specifically asked that she should be free to take a good break but all at HarrisonParrott very much hope to be able to find the right way to continue to have access to her incredible knowledge and experience in a different capacity in the future as a member of the extended HarrisonParrott family.

Her contribution to HarrisonParrott, to the artists and to the industry has been immense and incalculable and is widely recognised as such not only by all at HarrisonParrott but internationally throughout our profession. Speaking for myself her wisdom, empathy, wit and business acuity over the 40 years we have worked together have been towers of strength for which I shall always be grateful. She will be greatly missed.”

Linda Marks comments: “It has been a great honour and privilege for me to be part of the wonderful HarrisonParrott family for what amounts to over half my life. Jasper has been a great inspiration not only to me but to many colleagues and to so many in our business. I shall greatly miss all my dear colleagues and artists and wish them every possible success in the future. So I hope it’s ‘au revoir’ not goodbye”.

It has just been announced that the Philharmonia’s managing director Helen Sprott is stepping down after just over two years in the job.

Helen was hired from the Arts Council, where she had been responsible for funding orchestras.

No-one is saying why she has gone so fast, but clearly things are not going well. 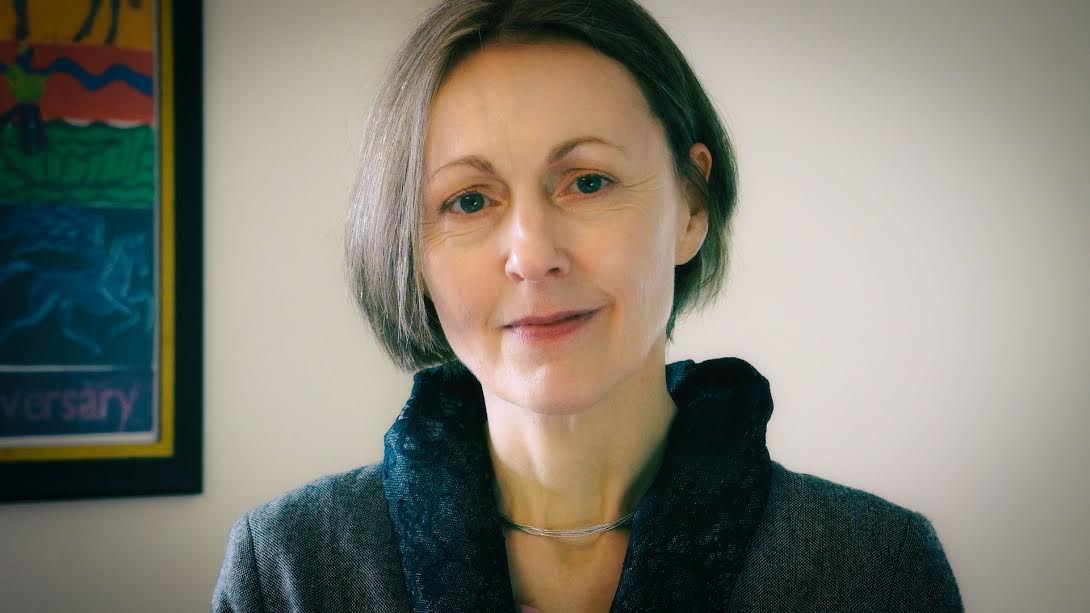 She said: ‘The Philharmonia is an extraordinary orchestra, and it has been a privilege to lead, to champion its wonderful players, to work with outstanding conductors, and to create the Philharmonia’s artistic programme. But after two all-consuming years, I have made the difficult decision to pursue other professional and personal objectives. With future seasons planned, a full schedule and strong audience figures, the time is right to hand on this important responsibility.’

The orchestra is also in the hunt for a music director to succeed E-P Salonen.

It is in a bit of trouble.

Tom Levine, an artist, was the conductor’s ever-present right-hand man. 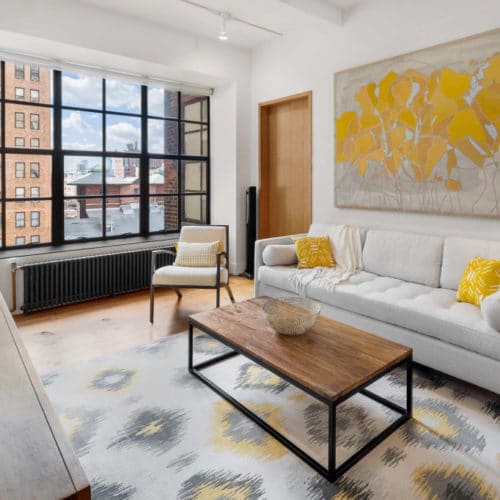 Yun-Ting Lee, a member of the Cleveland Orchestra’s second violins, gave evidence yesterday at the trial of three teenagers who robbed his house and stole his car, which contained an $18,000 Karinkanta violin and an $20,000 Voirm bow.

One robber got eight years, another five.

The violinist and his husband had been held at gunpoint through the ordeal. 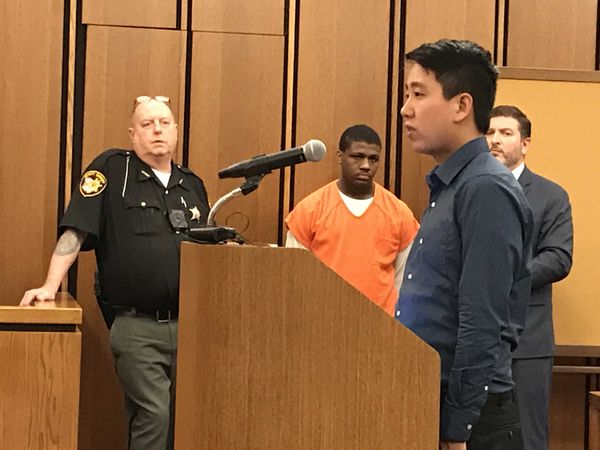 Boston’s Handel and Haydn Society set off a global search after a kid shouted ‘wow’ at the end of Mozart’s Masonic Funeral on Sunday.

Finally, they found him.

The boy is nine years old. He has been named as Ronan Mattin. His grandfather Stephen took him to the concert.

The family say that Ronan is on the autism spectrum and ‘expresses himself differently from how other people do’.

A Skype meeting is being set up with the conductor, Harry Christophers. 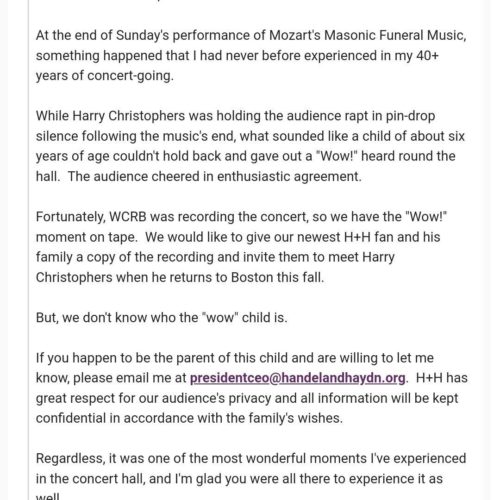 Can’t imagine why. Such a nice tune by Haydn.

But the prime minister of Thuringia, Bodo Ramelow, says they hate it in the eastern part of Germany for historical reasons, a view supported by the Equal Opportunity Commissioner of the Ministry of Family Affairs, Kristin Rose-Möhring.

One optional alternative is a children’s song by Hanns Eisler and Bertolt Brecht. 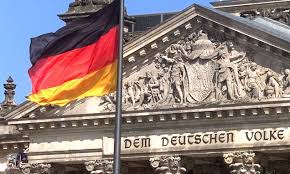 We hear that  Sonya Yoncheva sang just one act of Tosca last night at the Berlin Staatsoper before leaving the stage. Ms Yoncheva is expecting her second child in the autumn.

She must have given advance warning of feeling unwell because Karine Babajanyan caught a high-speed train up from Hannover and arrived just in time to save the performance, which was conducted by Sonya’s husband, Domingo Hindoyan. 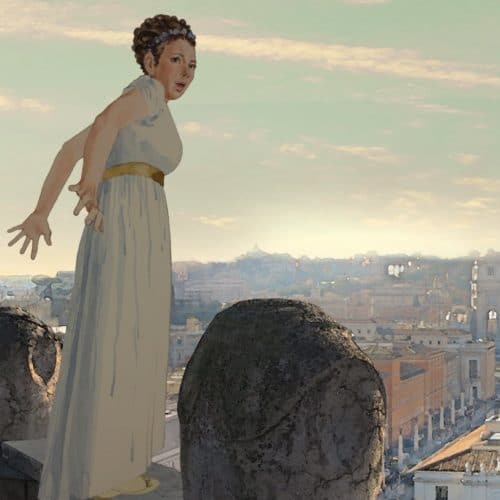 Ex-students are reporting the death yesterday of Martin Canin, 89, who spent more than half a century at Juilliard, first as assistant to his own teacher Rosina Lhévinne and on the faculty from 1976 to 2016.

He also taught at Stony Brook University and the Bowdoin International Music Festival. 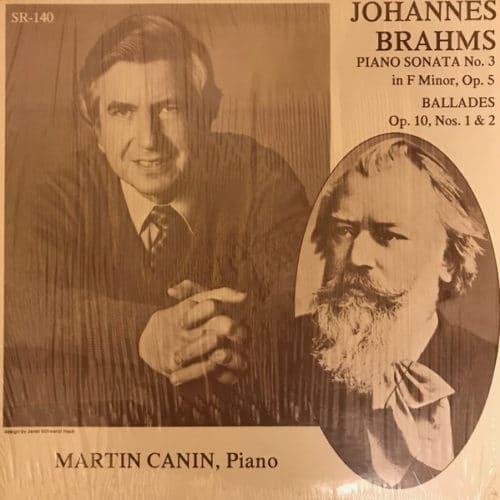 Min Kwon writes: Today was a devastating day for me.  I lost my beloved teacher Martin Canin at Juilliard, where he had been a stellar, powerhouse teacher for 50 years until his retirement in 2016.

During my 5 years as his student (MM, DMA), I learned much, while always struggling to do better. Over the ensuing 19 years, I kept in contact. I would go to play for him. He would come to cheer me on in my and my students’ concerts. His wife Fiorella and my husband Len would often join us for dinners too. Mr. Canin graciously served as faculty of CME Festivals and also taught many of my doctoral students as my sabbatical replacement at Rutgers.

Arif Malikov (sometimes spelled Melikov), who died on May 9 aged 85, was a People’s Artist of the USSR and one of very few to win popularity abroad.

His ballet, Legend of Love, was widely performed.

After the collapse of the USSR Malikov settled in his native Baku, capital of Azerbaijan. 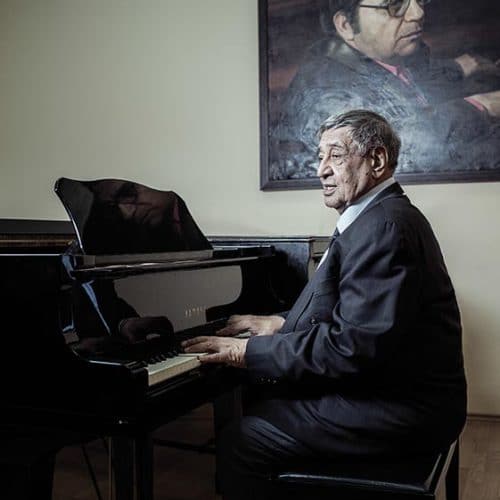