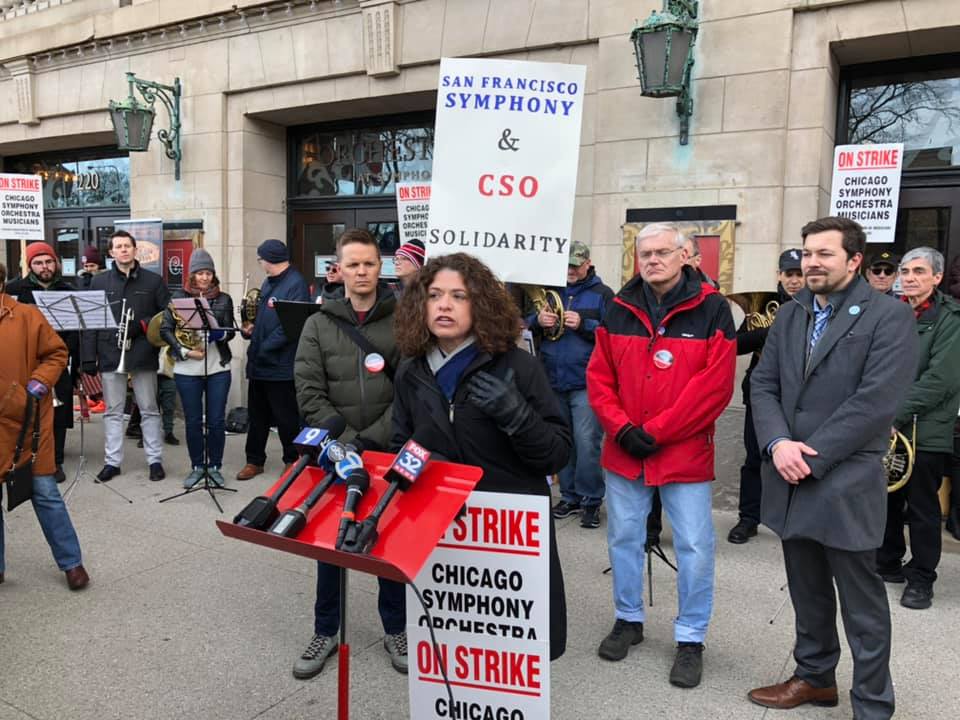 The International Conference of Symphony and Opera Musicians (ICSOM) has collected $200,000 in seven weeks.

Press release:
The musicians of the Chicago Symphony Orchestra are now in the
seventh week of their strike. This strike is the result of unacceptable
demands made by the Chicago Symphony Orchestra Association,
including minimal salary increases and that the musicians agree to
close their defined-benefit pension plan and replace it with a
defined-contribution system (e.g., 401k or 403b accounts).

ICSOM issued a CALL TO ACTION on 4-8-2019 and immediately
musicians of the San Francisco Symphony responded generously
with a lead donation of $15,000 for their colleagues in the CSO. In
the past two weeks, the $200,000 mark has been swiftly reached by
the generous donations of ICSOM’s member orchestras. This recent
CALL TO ACTION also reaches another important milestone, as
now over $2 million has been raised and issued to orchestras in
ICSOM CALLS TO ACTION since their inception in 2007.

“It has been deeply gratifying to see the speedy response of our
member orchestras to our colleagues in peril at the CSO,” said
Meredith Snow, ICSOM Chairperson. “Our musicians clearly
understand that what happens in Chicago affects us all and have thus
responded generously with this collective action.”

It is essential that the musicians of ICSOM respond whenever and
wherever our members are in need. It is through our united network
of orchestras that we can effectively articulate to our managements
that a move against one of us is a move against all of us. The unity
and generosity of all ICSOM musicians, along with our brothers and
sisters in the Regional Orchestra Players Association (ROPA), the
Organization of Canadian Symphony Musicians (OCSM), the
Recording Musicians Association (RMA) and the Theater Musicians
Association (TMA), and throughout the American Federation of
Musicians (AFM), have been an inspiration to our members and a
cautionary tale to our managements. The support of our ICSOM
orchestras in these Calls to Action has been extraordinary and makes
a tangible difference in the lives of our fellow musicians. 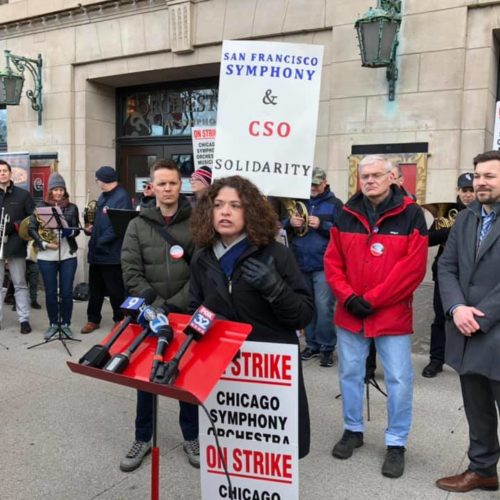 Berlin has Otello tickets for $20 »