Yashima will succeed Kensho Watanabe, whose term concludes at the end of the 2018-19 season. In her role, she will serve as cover conductor for, and provide assistance to, Music Director Yannick Nézet-Séguin and guest conductors on artistic matters in preparation for and during rehearsals, in addition to participating in residency, touring, and educational activities.

Gonzalez-Granados also joins the conducting roster to support the Orchestra up to 10 weeks per season, assisting Nézet-Séguin and guest conductors on special projects in addition to leading select community programs… 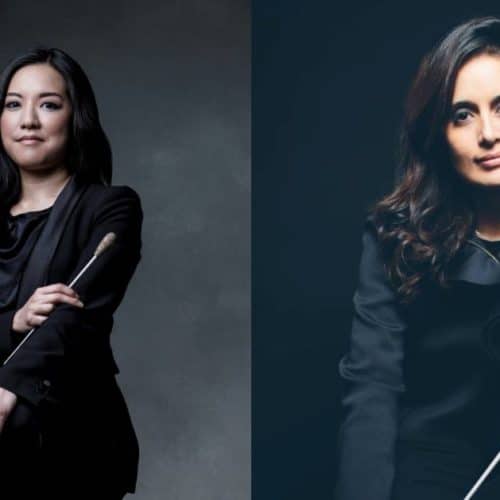 Born and raised in Germany, Erina Yashima is currently in her third year as the Chicago Symphony Orchestra’s Sir Georg Solti Conducting Apprentice. In her role, she assists Music Director Riccardo Muti and conducts the Civic Orchestra of Chicago, the CSO’s training orchestra.

Lina Gonzalez-Granados is the 2017-19 Taki Concordia Fellow, a position created by conductor Marin Alsop to foster the entrepreneurship and talent of female conductors. In addition to her appointment as conducting fellow of The Philadelphia Orchestra, she will become conducting fellow of the Seattle Symphony in fall 2019.