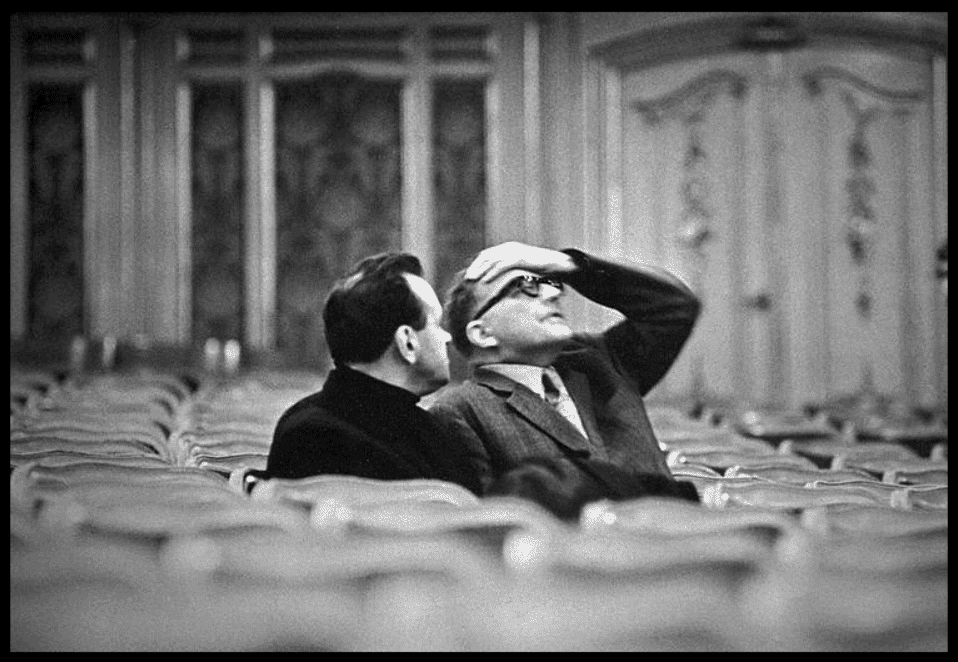 Shostakovich – the man, the music, the world he inhabited. These are the themes investigated in this series of Fortnightly Music Book Club. Our selected materials – three books and one cd – are merely jumping-off points for our imaginations. Let’s travel back in time, and find a path through the complex, devastating and wondrous world of Shostakovich.

Answering questions this week are Ignat Solzhenitsyn (conductor and pianist), Elisabeth Wilson (author), and Elisabeth von Leliwa (musicologist and vice-president of the German Shostakovich Society). We at Slipped Disk are honored that they have agreed to join us on this journey.

Questions can be left below in comments, or sent to Fortnightlymusicbookclub@com.

Reader Question:
When preparing a work by Shostakovich, what is your emotional state – how much of your mind and heart are occupied by the thoughts of the world of Shostakovich?

Ignat Solzhenitsyn:
The emotional state of the composer, his mood and intention behind a given phrase or movement, are always of primary interest to me as a performer, since I see my art first and foremost in finding a way to transmit the composer’s state of mind to the listener. In the case of Shostakovich, the enormously difficult outward circumstances of his life obviously inform his music in a direct and powerful way, and yes, they are never far from my mind. Yet for me the lasting greatness of Shostakovich’s art lies in the timeless, “abstract’ power it exercises over us performers and listeners alike: so that even a work as laden with extra-musical context as the Fifth Symphony or the Eighth Quartet can be experienced as shattering (yet also uplifting) even by those ignorant of that context.

Reader Question:
In June 1973, Shostakovich was reportedly seen, at State Department request, at the (U.S.) National Institute for Neurological Disorders and Stroke (also, possibly the then Naval Medical Center in Bethesda) for a “second opinion” regarding a progressive paralysis of his right hand, and other health issues. In 2006, while researching the matter for a proposed scholarly paper, I made Freedom Of Information Act requests for records relating to this visit, and actually physically visited the Institute to further pursue the matter. No records were ever found, or yielded up. Which leads to my question: was a definitive diagnosis ever confirmed, and have the NIH / NINDS records of his evaluation ever seen the light of day?

Elisabeth Von Leliwa:
I contacted Krzysztof Meyer (a composer friend and important biographer of Shostakovich) about this, who couldn’t tell exactly when the ALS diagnosis was first given, but he thinks as early as 1959 or 1960, by Russian doctors. Meyer continues: “In any case, a few days after his marriage to Irina Antonovna (autumn 1962), […] his wife was clearly told (as she told): ‘Your husband’s illness is incurable.’ In the years to come, they tried to alleviate the symptoms, if they succeeded, I cannot tell you. After all, other diseases came on: 2 heart attacks, 2 broken legs and in the beginning of 1970 lung cancer was diagnosed. In the USA (1973), amyotrophic lateral sclerosis has only been confirmed. The doctors said: ‘This disease is not curable in our country’ – and asked Irina to tell the composer. (Until then he did not know!) Irina’s reaction was: ‘Tell him, but do not deprive him of the chances of healing.’ (As she told both me and Elisabeth Wilson).“

I hope you may find some additional information in this, even if it doesn’t answer the question, which seems to be a matter of further research in US Archives.

Reader Question:
Can you suggest to us some of your favorite recordings of Shostakovich?

Elisabeth Wilson:
For a performer there is also “performance history” which we can refer to in modern times. Shostakovich worked closely with the regular performers of his music, including with my teacher Rostropovich – our lessons on the cello sonata and the two concertos were like having the next best thing to a direct line to his music. Almost the most important thing was to understand the sound world, what has to played with interior tension, maybe without vibrato and with a particular way of using the bow. Above all though, it is vital to be able to calculate the structure.
To understand music well as a performer in any case is a special talent, apart from the obvious instrumental skills, it requires both great intelligence and a also very alive, sensitive intuition. Both sides go to make up the artist.

Some of my favorite recordings:
Oistrakh’s first recoding of the first violin concerto from 1955 NY Phil/Mitropoulos
Rozhdestvensky conducts music from Bolt (the ballet), from Hamlet etc
Kondrashin conducts complete symphonies (up to and including no 13)
14th Symphony Barshai Moscow Chamber orchestra 1970
Symphonies no 8 and 9 Mravinsky conducts Leningrad SO
Eighth and Fourth Symphony conducted by Rostropovich and LSO from live concert
“Lady Macbeth of Mtsensk District” conducted by Rostropovich (first recording of the original version) with LPO and a styar cast including Vishnevskaya
Rostropovich plays Cello Concerto no 2 with Ozawa and Boston SO
Complete String quartets played by the Borodin quartet (some i like more with Dubinsky as 1st violin, some I prefer with Kopelman as pèrimarius)

And so much more. I have purposely chosen recordings made -for the most part- in Shostakovich’s life time and by his closest friends and preferred performers. There are hundreds of wonderful more recent recordings, some maybe are better than “the originals” I have listed. And there are so many wonderful works not on this list, which otherwise would be far too long.

Thank you, all, and see you in a Fortnight! 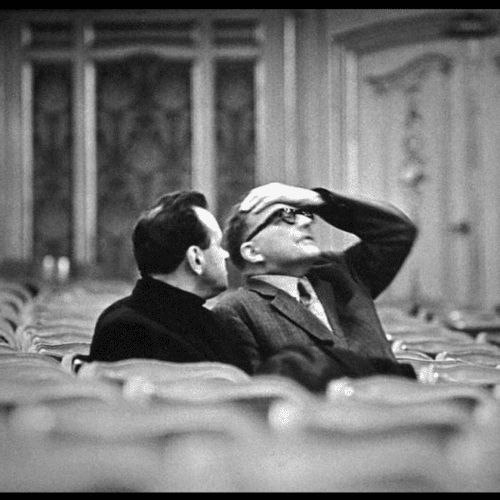 « Yo Yo Ma to play on US-Mexico border