The funeral of Heather Harper, who died last night, will be held in London in a fortnight. Her ashes will then be taken to her home country, northern Ireland, where they will be scattered in Cushendun, where she was evacuated from Belfast during the War.

Her student Una Barry took the photo below in her London flat in Bow, on Christmas Day 2003. The bear was a gift from Bengali Muslim neighbours next door. 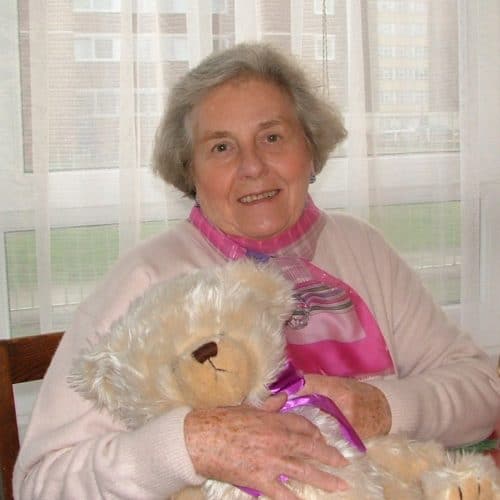