Everything you ever wanted to ask about Shostakovich and Stalin

Shostakovich – the man, the music, the world he inhabited. These are the themes investigated in this series of Fortnightly Music Book Club. Our selected materials – three books and one cd – are merely jumping-off points for our imaginations. Let’s travel back in time, and find a path through the complex, devastating and wondrous world of Shostakovich.
Answering questions this week are Elisabeth Wilson (author), and Elisabeth von Leliwa (musicologist and vice-president of the German Shostakovich Society). We at Slipped Disc are honored that they have agreed to join us on this journey.
Materials read/listened to:
Julian Barnes: The Noise of Time
Elisabeth Wilson: Shostakovich, A Life Remembered
Solomon Volkov: Testimony
Artemis Quartet: Shostakovich (Erato)
Questions can be left below in comments, or sent to Fortnightlymusicbookclub@com.
Reader Question:
How was Shostakovich able to escape the fate that many of his friends and colleagues suffered? Solomon Volkov has a theory that Shostakovich was seen as a “yurodivy” – a Russian religious figure who has the ability to see the truth, expose injustice, and to convey it through crude methods. In this way, he was protected because of his gift. What is your opinion?
Elisabeth Von Leliwa:
Personally, I don’t care for Volkov’s “Yurodivy” theory. Yurodivy translates roughly into “God’s fool“ and describes a person who acts foolishly, very often bordering on the “insane“. The most famous examples in Russian literature are the Fool in Pushkin’s and Mussorgsky’s “Boris Godunov“ and Prince Myshkin in Dostoyevsky’s “Idiot“. Shostakovich, with all his intellectual powers, could hardly count as a “fool“ and certainly wasn’t seen as one. It is also rather obvious that Stalin or his minions have not been able to detect the “truths“ hidden in Shostakovich’s music.
In my opinion, the reason for Shostkovich’s survival lies in Stalin’s personality – and the way dictatorships work all around the world: based on terror and complete insecurity. Persecution needs no logic, on the contrary. Stalin delighted in the power of letting a person live – or not. There is no explanation for Shostakovich’s – or for example Boris Pasternak’s or Maria Yudina’s – survival, but the whims of the dictator. This dependence on irrational, individual decisions even reinforced the terror of Stalin’s regime and power.
Reader Question:
How did writing your book, Shostakovich, a Life Remembered, change your opinion of Shostakovich as a human?
Elisabeth Wilson:
Writing my book naturally took me nearer to Shostakovich’s music and to a deeper understanding of how to approach it. I already knew of Stalin’s terror and the arrests and gulags, etc. and the difficult life ordinary people led.  And the special problems of being an artist in Soviet society. What impressed me most was how people had to go on living their “ordinary” lives even in these times of terror. Shostakovich had an impressive inner dignity and wisdom which I came to respect more and more. In Soviet times to say somebody was “decent” was the greatest compliment. He might be frightened, he might not have great courage, but he would never cause harm to others by “reporting” or by saying the wrong thing in the wrong company, and would help people discreetly without advertising his actions. Shostakovich was just such a “decent” person, even if later in his life he accepted compromises by, for instance, not stopping his name being put as a signatory on some official article published in Pravda. 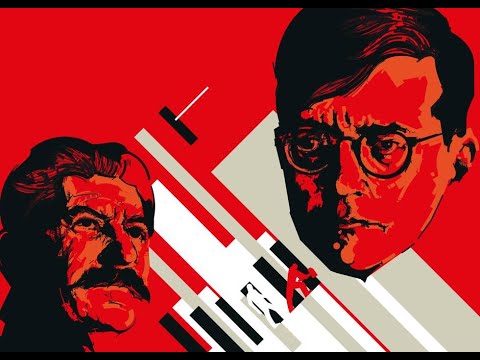