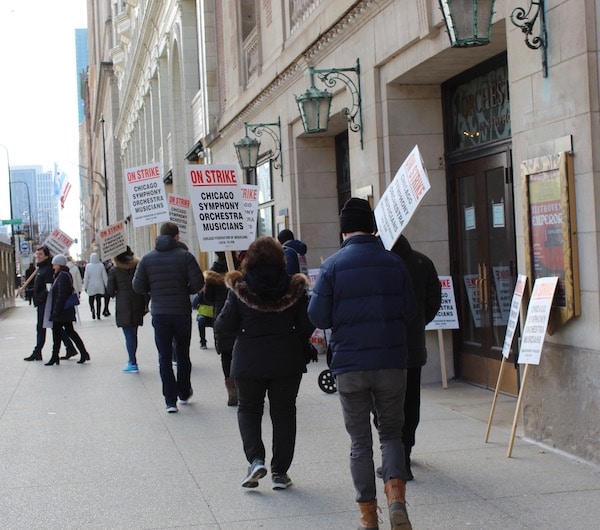 From the Chicago Federation of Musicians:

Chicago – (April 27, 2019) – The Musicians of the Chicago Symphony Orchestra (CSO) voted unanimously today to ratify a new five-year contract that includes a 13.25% increase in salary and protects their guaranteed retirement benefits, with no increases to the cost of musician health benefits. The new agreement preserves guaranteed minimum retirement benefits for current musicians and commits the parties to study options for providing retirement security for new hires.

CHICAGO— Two days after Mayor Rahm Emanuel offered to mediate the dispute and after a full day of meetings at City Hall, the Musicians of the Chicago Symphony Orchestra, represented by the Chicago Federation of Musicians (CFM) and the Chicago Symphony Orchestra Association (CSOA) have reached tentative agreement on the outlines of a proposed five year contract. If approved by all members of the orchestra and by the CSOA Board of Trustees, the proposed agreement, which is pending would end a seven-week strike – the longest in the CSO’s history.

Both parties are thankful to Mayor Emanuel and his staff for their assistance.

« This is the weekend for Greek Passion