Burgers with your Beethoven?

The inaugural “Three Bs” Fest will feature a cook-off with two competing burger recipes, a tasting of whiskeys, and a performance of Beethoven’s Fifth Symphony by the String Orchestra of Brooklyn

The competitors for the coveted Golden Spatula will be Harlem Public and Madcap Cafe, with their burger recipes rated by the audience in real-time via the Burger Club website

The Festival kicks off the second season of The Angel’s Share, the acclaimed opera and classical music concert series that takes place in the Green-Wood Catacombs, curated by Andrew Ousley. 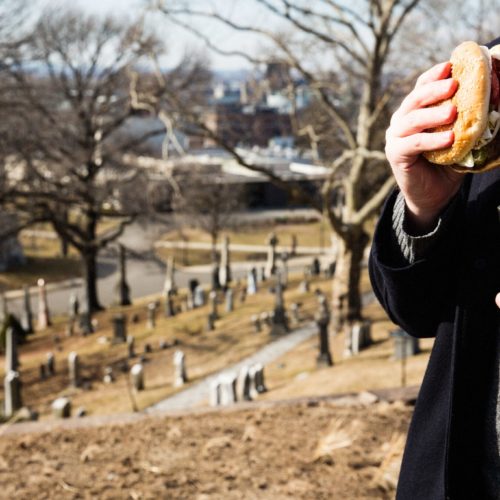 The first-ever Burgers, Bourbon & Beethoven Festival at Green-Wood Cemetery, May 25, 2019, from 7-10PM. The event will feature competing burger recipes that will be sampled and rated by the audience, a whiskey tasting of boutique bourbons alongside craft cocktails, and a performance of Beethoven’s immortal Fifth Symphony by the String Orchestra of Brooklyn, conducted by Eli Spindel.