The composer Balduin Sulzer died this morning at Wilhering in Upper Austria at the age of 87.

Ordained as a priest in 1955, he wrote three operas, nine symphonies, a Passion, twelve concertos and much else, works that have been performed as far afield as Japan and the US.

An effective teacher, he founded the Musikgymnasium Linz, where his star pupil was Franz Welser-Möst. 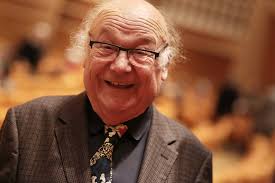