Like: irascible, misanthropic, unwashed and an ego to die from?

From New Bedofrd Symphony Orchestra: ‘We would like to share this exciting video with you that shows our Education Director Terry Wolkowicz’s original approach to teaching young students about Beethoven’s music, and through it – about recycling. It is very impressive to hear children this age use terms such as retrograde and inversion.’ 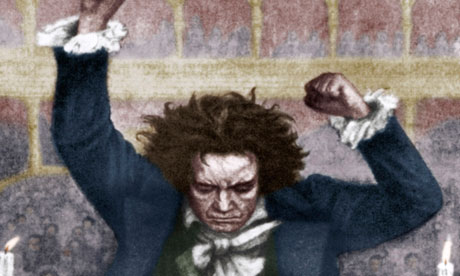