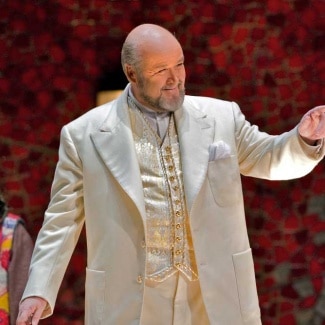 The tenor Kim Begley is about to announce his retirement.

Starting out as a principal tenor at the Royal Opera House Covent Garden, where he sang over 30 roles, he coinued to appear there throughout his career, lastly in Kasper Holten’s production of Krol Roger.

At Glyndebourne he has sung Boris Grigorjevic in Katja Kabanova (1988), Laca in Jenufa (1991), Albert Gregor in Makropolous Case, Jenik in the Bartered Bride(1995), as well as Florestan under Sir Simon Rattle in Deborah Warner’s Fidelio and Polonius in the world-premiere of Brett Dean’s Hamlet.

He made regular appearances at the Met as Laca, Pierre, Captain Vere and Herod, among others. He also sang at La Scala Milan, Berliner Staatsoper, Opera National de Paris, San Francisco Opera, Liceu Barcelona, Dutch National Opera and Lyric Opera of Chicago. He made his Bayreuth debut as Loge/Das Rheingold in 2000 and has been widely recorded.

We wish Kim a long and vigorous retirement. 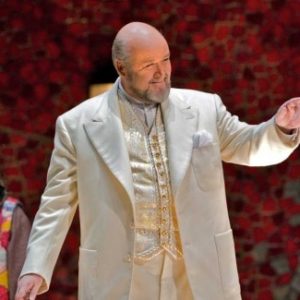