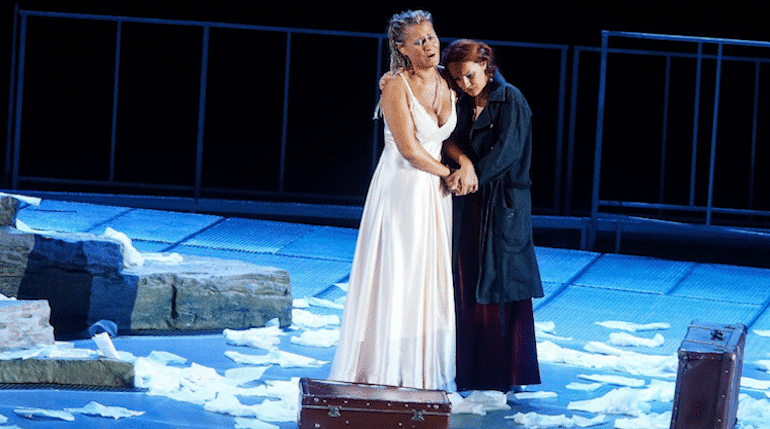 So how was it for Iulia? First review of the Met’s sub-prime Tosca

Apart from the last-minute substitute professor, the tenor was under the weather and the baritone was six months late.

On Monday night, the Met went to its bench again, when Jennifer Rowley, set to lead a new cast of Tosca, fell ill.

Replacing her was Iulia Isaev, a Romanian soprano who was making her Met debut, despite having an established career. Given the circumstances, her performance on Monday was impressive: she displayed a warm, focused tone that was remarkably consistent throughout the night, save for a little tightness at the top, which forced her to cut short the climactic A in “Vissi d’arte.” Without much chance to rehearse, Isaev’s portrayal was generalized yet effective, sweeping majestically about the stage…

Joseph Calleja was announced as being under the weather, as well, and indeed there was clear evidence of phlegm on his top notes…