The death has been announced of Sergei Balashov, lead tenor of Moscow’s Stanislavsky Opera.

No cause has been given.

Balashov sang dozens of leading roles over the past 20 years, from Donizetti to Prokofiev. He also appeared from time to time as a countertenor in baroque productions.

A memorial service was staged yesterday at the theatre. 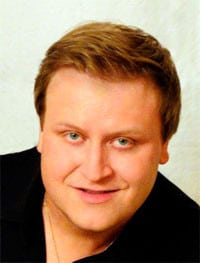