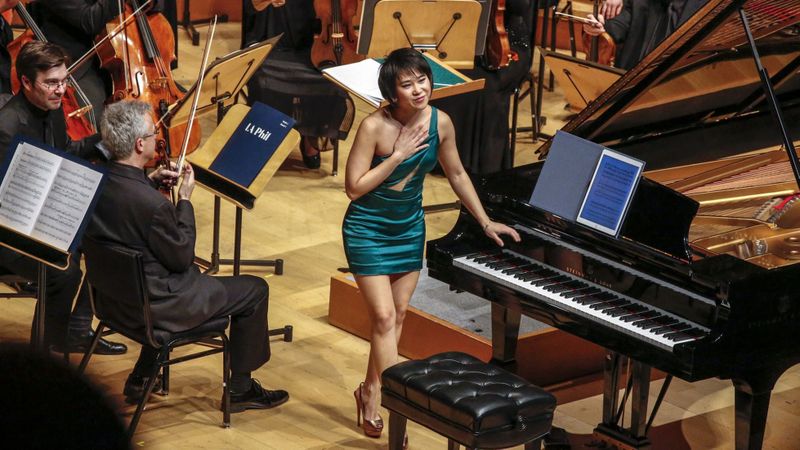 Not the Proms: Dude and Yuja will premiere Adams at Edinburgh

It has been released overnight that the European premiere of John Adams’ new piano concerto, Must the Devil Have All the Good Tunes?, will be given this summer by the LA Phil at the opening of the Edinburgh Festival,with Yuja Wang as soloist.

This is a significant F-U to the BBC Proms, which would normally have been given first refusal on a major premiere.

For Gustavo Dudamel and the LA Phil, it will be their third visit to the Edinburgh Festival. Additionally, Twenty musicians from Dudamel’s signature program YOLA (Youth Orchestra Los Angeles) and YOLA National (students from diverse regions across the U.S.) will be joining the LA Phil in Edinburgh, participating in a cultural exchange with 60 young musicians from Big Noise Raploch, Sistema Scotland, which will culminate in an open rehearsal conducted by Gustavo Dudamel (August 4). This will be the first time that members of YOLA National will have joined the orchestra on tour.