New symphony breaks through to middle-classes

From an editorial by Jessica Langlois in the Tallahassee Democrat:

The last words of unarmed black men who were unnecessarily killed by police or authority figures isn’t the typical subject matter for classical music….

Thompson wrote “Seven Last Words” as a way to process his personal feelings about being a young black man in a country that doesn’t seem to care about his existence. He chose seven sets of last words as the text for his piece, arranging it into seven movements that purposefully parallel the text structure of Franz Joseph Haydn’s “Seven Last Words of Christ.”

The effect is radical empathy.

When humanity depends on piercing the armor of those who cannot or refuse to feel, artists are the guerrilla revolutionaries able to sneak past our emotional borders. This is especially true in classical music. Working in abstractions of beauty and fury, classical music has the unique power to translate the human condition into a common language.

Orchestra subscribers remain predominantly like me: white, of moderate income and largely disassociated with violent acts. With “Seven Last Words,” the composer wields his art and takes the opportunity to fracture the barriers of our cultural silo.

The music insists we cannot answer the question, “What if it were your child?” until we actually inhabit another parent’s grief. It draws listeners into an uncomfortable space where we feel a mother’s knees falling to the ground, the venom of injustice and the infinity of death.

The symphony will be premiered this weekend. 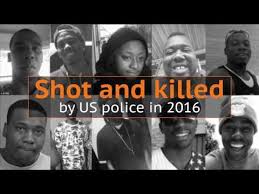