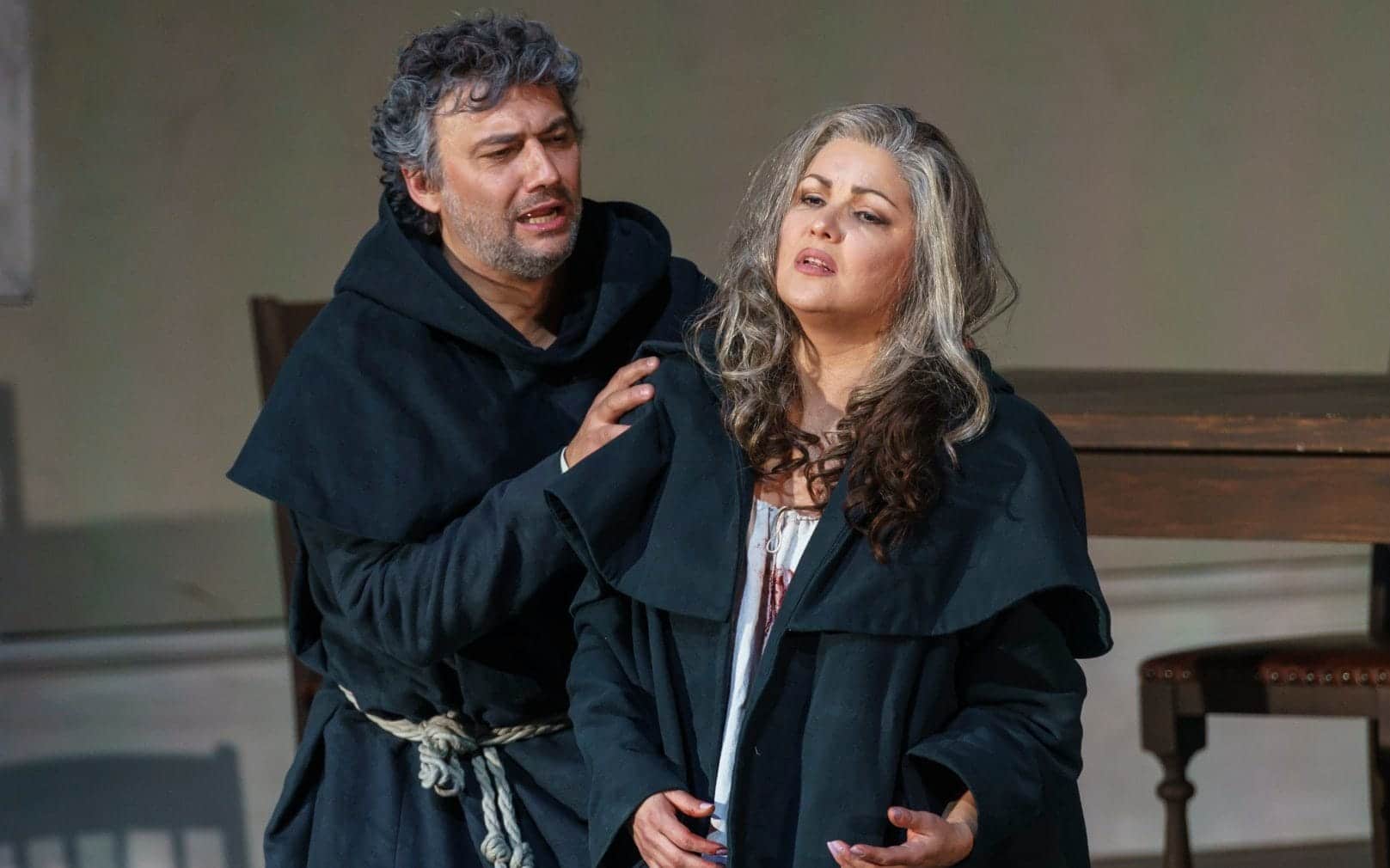 The first reviews are just in.

…Anna Netrebko is in magnificent, anguished form as Leonora.

The voice has even more power in the lower register these days, but not at the expense of her timbre, which is still voluptuous right up to some exquisite floated high pianissimos. When she delivers Verdi’s radiantly arching motto-phrase – the musical embodiment of divine grace – 2,000 spines tingle.

Jonas Kaufmann can’t match that kind of sumptuous lustre, but I liked the way he matches his characterisation of her lover Alvaro (the chap who’s careless with the pistol) to his rugged and volatile but sometimes uneven vocal delivery.

Rupert Christiansen in the Telegraph:
Anna Netrebko and Jonas Kaufmann are in magnificent voice…

Zachary Woolfe, New York Times: As good as it gets in opera.

Ms. Netrebko, in particular, gives one of the performances of her career. Singing Leonora for the first time, her voice is startlingly voluptuous and generous in the middle and lower registers. It’s down there where this pitifully persecuted character — violently separated from her lover, who in turn has aroused the eternal ire of her brother by accidentally killing their father — really lives….

In her duets with Mr. Kaufmann, his voice’s duskiness unsettles into stormy passion. His sound shadowy and haunted, with tears at its core, he is adept at playing outsiders like Don Alvaro, but occasionally he can seem muted on stage, merely grumpy. While the exciting bit of strain and hint of wear in his tone can conjure thoughts of Mario del Monaco, Mr. Kaufmann doesn’t go for del Monaco-type Italianate recklessness; sometimes he seems too obviously to be pacing himself.

But he gets Alvaro’s wounded dignity and wariness, and he feeds off other singers, whether Ms. Netrebko or the robust baritone Ludovic Tézier. 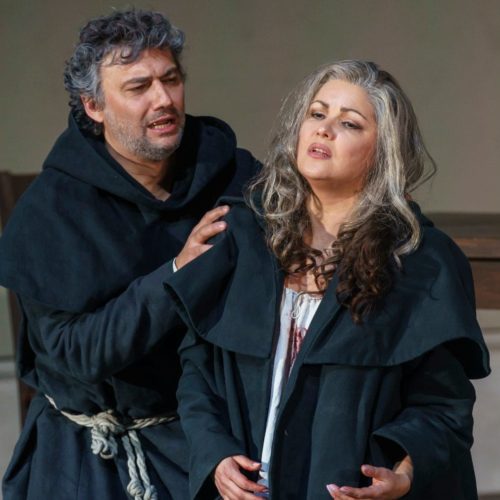