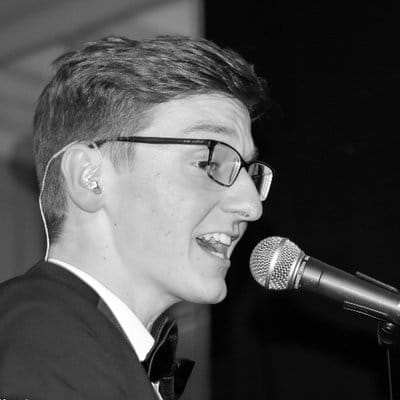 How I became a Scala DJ

The young composer Jack Pepper is one of the presenters on Scala Radio, the new UK classical broadcster. We asked Jack how he got there. Here’s his story. 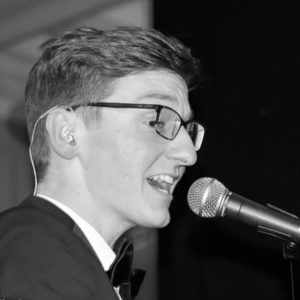 Back in October 2017, I was just out of secondary school and had started as a music student at Oxford University. Barely. I hadn’t even bought the matriculation gown yet. Still in my first few days of being a uni student, I was
faced with a bit of a dilemma; in Freshers’ Week, I had a piece of mine being performed by the Royal Liverpool Philharmonic, meaning that within a couple of days of starting at university, I was up in Liverpool working on my music with Vasily Petrenko. Walking round the cathedral one cold and blustery morning, I was already thinking about the elephant in my mind. I was so excited by this real world beyond the four walls of a classroom or lecture hall – as great and supportive as these rooms were – that I couldn’t help but ask myself: what if?… Within a couple of weeks, my college had been kind enough to give me a year out to pursue work opportunities. This year of adventure took me in many directions; I wrote a piece for the Bournemouth Symphony Orchestra, recorded a pilot show with BBC Radio 3, and somehow ended up in LA on a pop songwriting trip in October 2019. October, I hear you say! Well, yes, that’s when I was meant to be back at university. My year out was up. But I felt that there was more to be learned in the outside world, more people to speak with and more music to be written; whilst I valued the opportunities to perform, network and socialise at university, I felt that there were opportunities waiting in the real world that might not yet have dawned on me. Ideas floating around that had yet to be seized; boardrooms where things were being planned but I did not know. I hadn’t quite realised what shape things would soon take.

Then, around October/November 2018, I sent a message to one of the senior execs at Bauer Media, the group that own radio stations including Magic and Absolute Radio, as well as magazines like Q and heat. I thought it might be interesting to have a conversation; both composing and radio presenting are all about speaking with people – the art of communication, of expression – and so I’ve always felt that the more conversations I can have, the better. A musician should be out there in the world, surely? I was very surprised at how quickly I got a response, and was kindly invited in to Bauer’s offices in London. I was in for a bit of a surprise. After an hour and a half, I was asked to sign an NDA, and then in a follow-up meeting in December, everything was revealed. I was shown the

presenters, the strapline, the market research. I hadn’t quite realised what I had walked into. My first job.

That’s how I ended up sitting in a studio, opposite one of the nation’s top broadcasters, talking about aftershave. It was one of Simon Mayo’s signature ‘Confessions’, where listeners write in with an anecdote of an embarrassing action they’d like to be absolved of; Simon, along with a panel of radio execs and presenters, decides whether they should be forgiven for their (often hilarious) sins. In this particular instance, Simon was educating me about
some archaic brand of aftershave mentioned in one such Confession, as he had realised that – in his words – I have yet to start shaving. Plus, this weekend, I’ll be finding myself sat in the studio with Anthea Turner and Chris Rogers on their Sunday morning brunch show from the end of March, answering listener questions about classical music. Expect opus numbers and all. I really wouldn’t have seen myself in this incredible place one year ago, but it is typical of the Scala leadership’s open-mindedness – their willingness to embrace new faces, new ideas and ambitious projects – that they were game to have me on board. It’s not every day you start a new station, so I suppose they had to be brave, anyway.

Scala is all about classical music for modern life, which might sound like some marketing fluff, but looking at the schedule it is really rather accurate. There’s huge musical and personal diversity in the line-up, with Madonna’s producer William Orbit curating a journey through electronic-tinged pieces and cutting-edge new artists; Jazz FM presenter Jamie Crick presenting music theatre amongst much else on Sunday mornings; and Angellica Bell celebrating music teaching in her Saturday morning breakfast show. If it’s entertainment, if it’s book talk, if it’s new music, if it’s young musicians – whatever you’re after, there’s a bit of everything in Scala. That’s what makes it so delightfully quirky. Like the music itself, it has personality.

On my regular Saturday afternoon show from 3, the Culture Bunker, I celebrate the people that make classical music exciting. We’ve already had guests including violinist Nicola Benedetti and Emmy-Award winning composer, pianist and conductor Gavin Greenaway (the conductor of many of Hans Zimmer’s scores); I’ve gone on a tour of Handel Hendrix House, where both Handel and Jimi Hendrix once lived, visiting their bedrooms and composing rooms; we’ve played the likes of Margaret Hubicki (in my opinion one of music’s great neglected composers), Canadian jazzer Ron Davis and young composer Alex Woolf. Contrary to what you might expect from a commercial radio station, I genuinely am allowed to choose all the music I play; nobody tells me what piece to put in the show. The only editorial ‘interference’ might occasionally come in the form of moving one piece down the hour so that it doesn’t start the show, because it’s less familiar. Beyond that, this really is a curated show. I hope you can hear a bit of ‘me’ in the Culture Bunker.

So what does a day in the life of Scala look like? I get into the office around 8.30am, and Charles Nove is in the studio with his breakfast show. In my production role, I’ll be loading the audio in for new tracks to add to the playlist, and logging the label and CD information so that the musicians are properly paid; I’ll be editing interviews on my laptop, cutting out over-loud breaths and extensive umms (you’ll never listen to a conversation the same way again after editing interviews, honestly); I’ll be recording interviews on location, with my hand-held Zoom recorder the size of a camcorder that somehow manages to capture high-quality audio for national radio. All the while, guests like Ralph Fiennes and Melvyn Bragg walk into the studio to be interviewed, and Rick Wakeman sits in the corner of the studio playing the piano live on air. Just another day at the office.

So, to anyone who might be slightly hesitant about the idea of a new entertainment classical station, I ask you – please keep an open mind. An open mind is exactly what Scala have shown me, allowing me to play young composers like Toby Young and Alex Woolf, and giving me ten hours of air-time in the first week alone. This is a station that embraces new ideas, and has a bit of everything in its schedule; it is the glorious potpourri of faces and styles that surely characterises modern classical music today as well?

« Look – Prokofiev 3 without a conductor