Death of a Philadelphia conductor

The death has been announced of Luis Biava, a principal second violin of the Philadelphia Orchestra who was promoted to assistant conductor and in 1994 to conductor-in-residence.

He joined the National Symphony in Washington DC in 1963 and the Philadelphia five years later, remaining until his retirement in 2004.

In May 2009, he conducted three concerts with the Symphony Orchestra of Castilla & Leon in Valladolid, Spain, and inaugurated a new Concert Hall in the city of Avila. 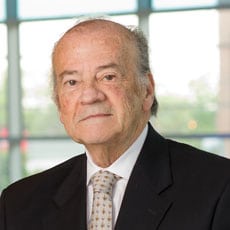