After concerts, Slava got down and scrubbed the floors

Among the many memories shared with me by the sorely-missed Victor Hochhauser:

….After Oistrakh, there was Slava — the cellist and conductor Mstislav Rostropovich who, when in London, insisted on staying at the Hochhausers. After the Soviets threw him out for giving shelter to the dissident writer Alexander Solzhenitsyn, Slava and his family lived in the Hochhauser office for a while, permanently wrecking Victor’s credit in Moscow. Victor eventually got him a flat in Maida Vale.

After concerts, coming down literally to earth, Slava would get on his knees and scrub the tiled floor. At his 60th birthday in Washington DC, with the Hochhausers and half of Hollywood in attendance, I saw Nancy Reagan take charge of the orchestra to conduct “Happy Birthday”…. 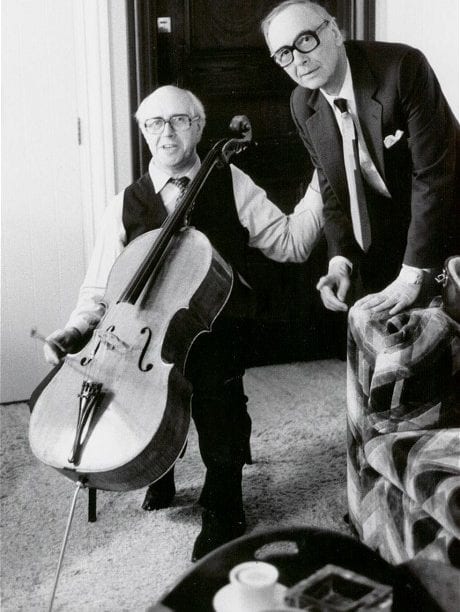