The British conductor Manoj Kamps has worked with the Halle Orchestra and the BBC Philharmonic. Last year, he premiered Coded Messages: Scenes in the Life of Harriet Tubman at the Amsterdam Muziekgebouw. He is on the roster of IMG Artists and is talked of as one of the rising conductor of his generation.

But life has not been easy for Manoj. Adopted in Sri Lanka by a Dutch couple, he has faced issues of identity, sexuality, body image and more on a very long path to self-awareness.

Manoj has written an extraordinarily frank account of his journey that he is happy to share on Slipped Disc.

Here’s how he begins:

How I finally became Manoj
This is the most important and difficult piece I’ve ever written.
Content warning: suicide, depression, mention of eating disorder

In the past couple of years, I have conducted the BBC Philharmonic in concert and the Concertgebouw Orchestra in rehearsals, I have won and fulfilled one of the most coveted young conductor posts in the world (the Junior Fellowship at the Royal Northern College of Music in Manchester), I have co-organised and officiated at the funerals of my father, my grandmother and my cousin, I’ve had a second coming out as pansexual, genderqueer and polyamorous, I’ve become somewhat of an activist regarding the damaging stigma associated with HIV and PrEP, and even managed to successfully move house several times. Yet, writing and sharing this text has, perhaps, been more challenging than any of these things. More challenging, since the topic is one I have until this week never spoken about in public, and only very rarely in private, because it touches at the core of how I see myself. Until earlier this week, even my family were mostly unaware, but I am beyond relieved that they now know too, even though sharing this with them was the hardest of all those ‘coming outs’.

I was adopted from Sri Lanka by wonderful and loving Dutch parents at a very young age, grew up in Sri Lanka (and was educated at a British international school) until I was 14, and completed high school in the Netherlands. Adoption is complex and has only quite recently become better understood. It is almost invariably a form of trauma that every adopted person at some point in their lives has to come to terms with, which sometimes has deadly consequences. In my case, it caused (amongst other things) a destructive fear of abandonment and an extremely low self-image that, for a long time, made it impossible for me to believe I was worthy of love and acceptance.
On top of that, I was dealt a couple of cards in the genetic lottery that have proven to be both great assets and pitfalls. I have above average intelligence, many talents, extreme emotional sensitivity, an introverted personality, a number of neuroses, a fascination with death, as well as a non-normative sexuality and gender that do not fit in the ‘hetero male’ box that is at the centre of society…. 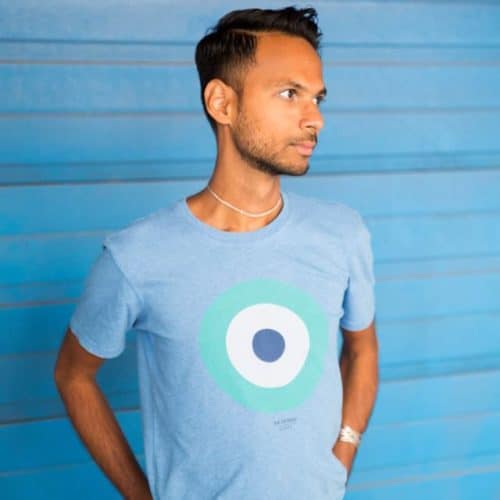